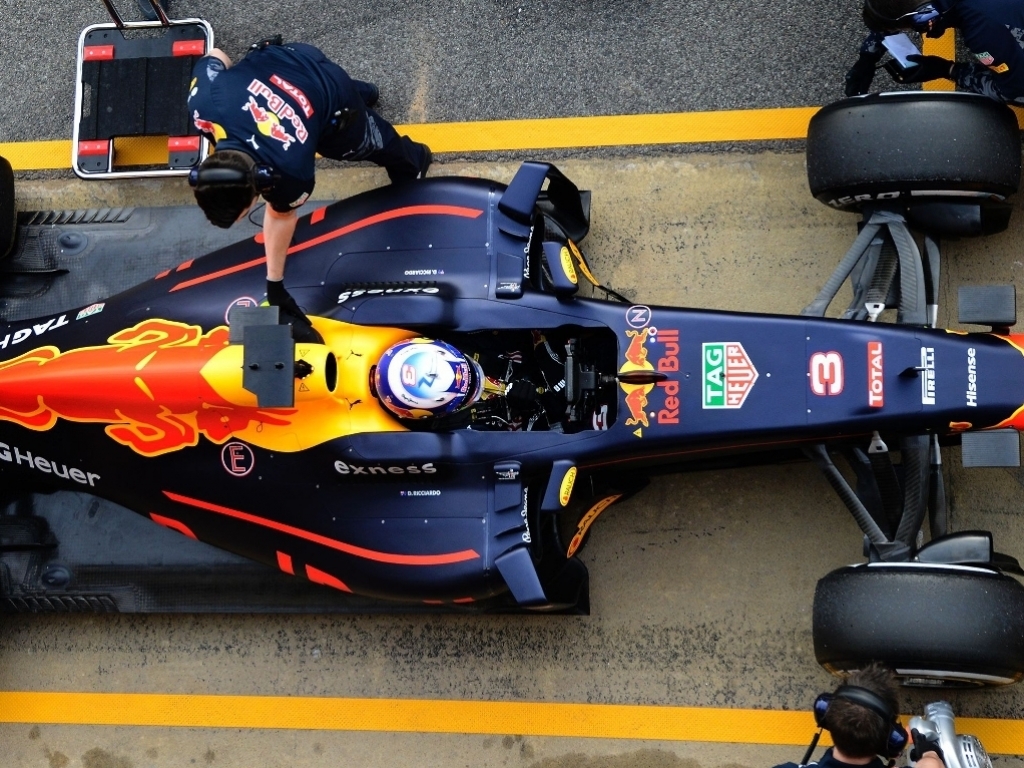 Conceding that Mercedes and Ferrari are quicker on “pure pace”, Daniel Ricciardo says Red Bull would need “a little luck” to get onto the podium.

Although Red Bull’s pre-season was a vast improvement on the last two years, it was evident throughout the eight days that Mercedes and Ferrari are the teams to beat.

While Ferrari claimed several P1s, including setting the overall fastest times at the Barcelona circuit, Mercedes displayed impressive reliability as they spent the majority of the pre-season lapping on the medium Pirellis.

Ricciardo finished his running with the ninth fastest time while Red Bull racked up 814 laps, 500 less than Mercedes.

“We’ve made some improvements, there’s definitely more to come, but so far it is in the right direction,” said the Australian racer, who you can bet on with Paddy Power.

“I think it is a positive start to the year, so yeah, as I said we are in a lot better position than we were the last two seasons.”

Asked whether Red Bull could reach the podium at low-sped tracks, he said: “I think if we were to race tomorrow, then that’s probably where we stand for now.

“I mean I think Mercedes and Ferrari are quicker than us basically on pure pace right now. I think it’s evident, but it’s expected as well.

“If tomorrow we race in Monaco maybe we would have an outside chance of a podium, but if we were to race here right now tomorrow then yeah we would need a little luck.”

The three-time grand prix winner added that he expects a fierce tussle with Williams and Force India to claim best of the rest behind the leaders with Mercedes the firm favourite to take the title.

He added: “I think the car is better than it was 12 months ago, so we should do better [than last year], but then again Williams and Force India have also improved a chunk.

“The battle for fifth will be pretty close, but all going well we can hopefully pull it off.”