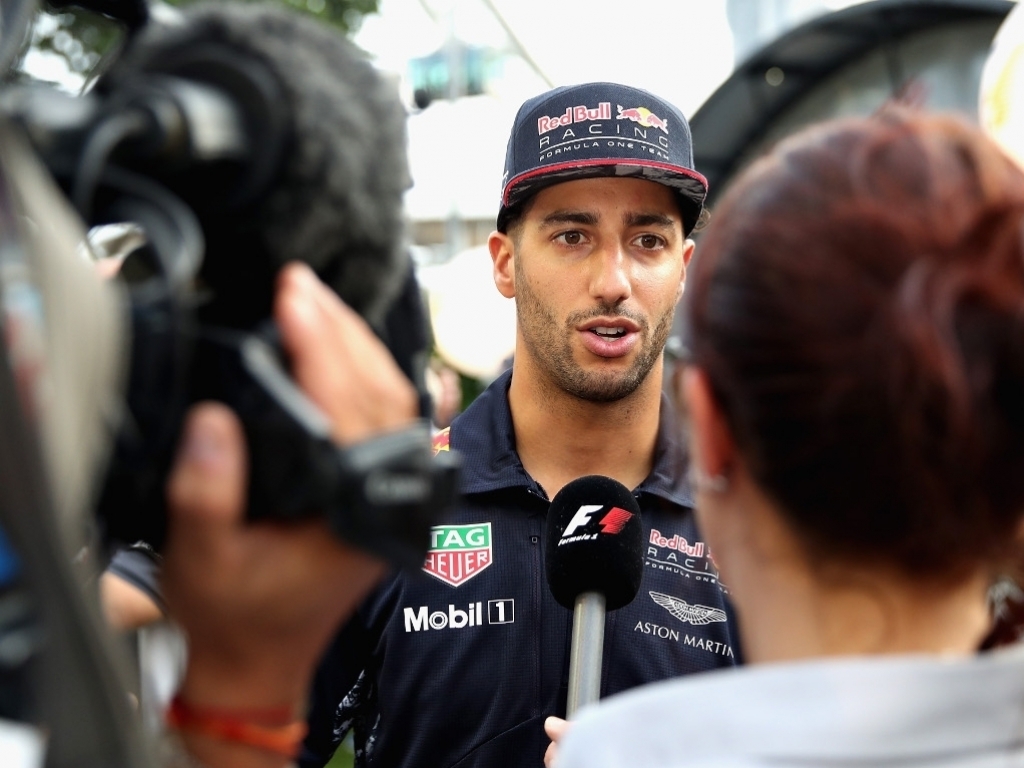 Daniel Ricciardo believes Red Bull are "not the team to beat" this weekend in Suzuka but recognises "for sure" that the team are "getting better".

Ricciardo was third fastest in FP1, but was one of 15 drivers not to set a time in a rain-soaked FP2 session.

"We're getting better for sure," Ricciardo said. "[But] I'm still not sure we are the team to beat.

"I think around here today we were not the quickest.

"We had a pretty good car, but I think they've still got a bit of advantage for now.

"We need to find a bit of lap time for them to be a bit more scared and worried," he added.

"Ferrari also showed this morning that even on the soft they're pretty quick. We'll see. Mercedes can turn it up on Saturday."

Ricciardo is expecting similar conditions tomorrow before they make way for a dry race on Sunday.

"Tomorrow we're expecting [rain]," he added. "I think the chance is maybe not as high as it was today – this afternoon looked definite – but I think tomorrow there's still certainly a chance.

"Sunday looks dry at this stage. But if it is wet for qualie then we want to save tyres and try and do what we can then.

Max Verstappen was pretty much on the same page as Ricciardo about where Red Bull are in relation to others, but said they do not need a wet race to compete.

"No, I think even in the dry we can have a good result," he told reporters after the end of Friday's track sessions.

"Of course in the wet, then for sure we can get a food result.

"Today again was a positive day. The short runs, maybe I couldn't really show it with the red flag [for Carlos Sainz's crash]. But the long runs seemed to be quite positive.

"Maybe we're still a little bit behind Mercedes at the moment. But maybe the track temperatures going up quite a bit on Sunday – that should help us.

"I think in qualifying they can still turn up their engines – we can't. But in the race it can be quite a bit closer."