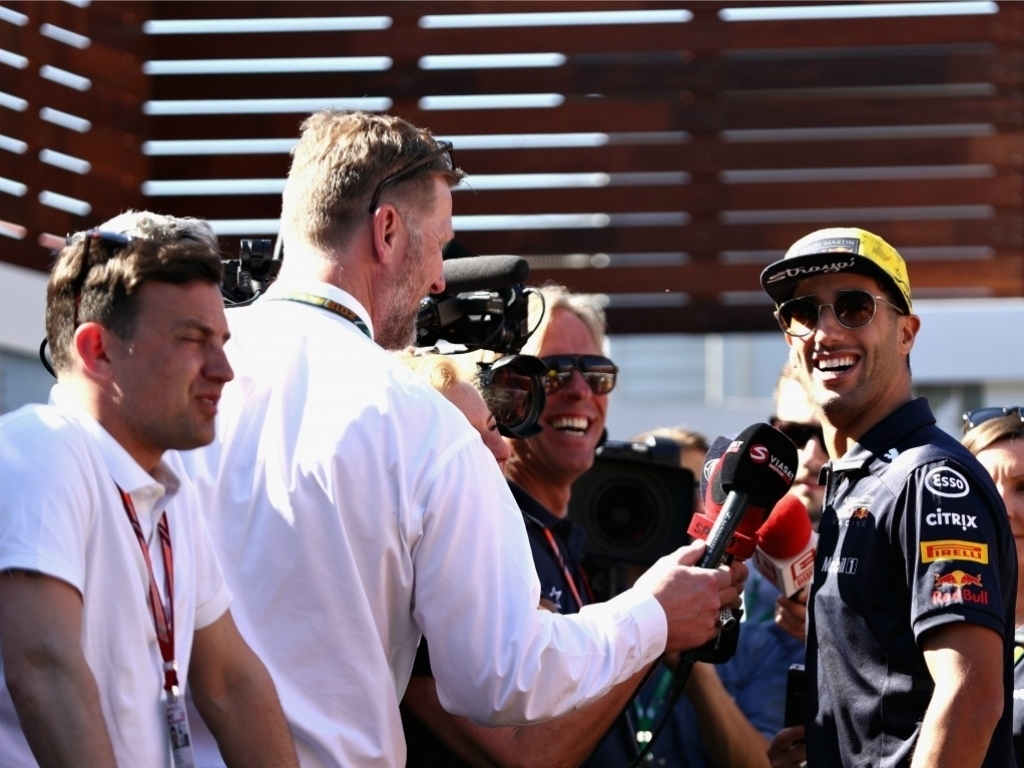 Daniel Riccardo is hopeful Red Bull are in a position to attack straight from the off this season and emerge as serious title contenders.

The Aussie does not have the best of records on home soil, with last year's DNF adding to the lengthy wait for him to clinch his first podium in front of his home crowd.

But there is a firm belief in the paddock that Red Bull are in a much better place than they were 12 months ago, with Lewis Hamilton one driver in particular who feels they could pose a real threat.

And Ricciardo said all the foundations have been laid for those predictions to become a reality.

“This is a year which our prep has been good and I really hope Lewis [Hamilton] is right that we will have a chance to fight for the title and then that’ll ultimately make me very happy," Ricciardo said in the first Drivers' Conference of the season.

“We had a good winter, I think it's all there in front of us now. I think we're still the top three teams with Merc and Ferrari and us.

“I think we're still going to be leading the pack for now. Hopefully we're deep in that front group and have the chance to stand up on that podium.”

Ricciardo also promised he would bring back a trademark celebration if he was able to win the Australian Grand Prix this weekend.

"If I win, absolutely. The shoe will come back. It's been a while," Ricciardo added.

"I have had some very nice victories and ones I have enjoyed a lot, but this would overcome all those by a mile."