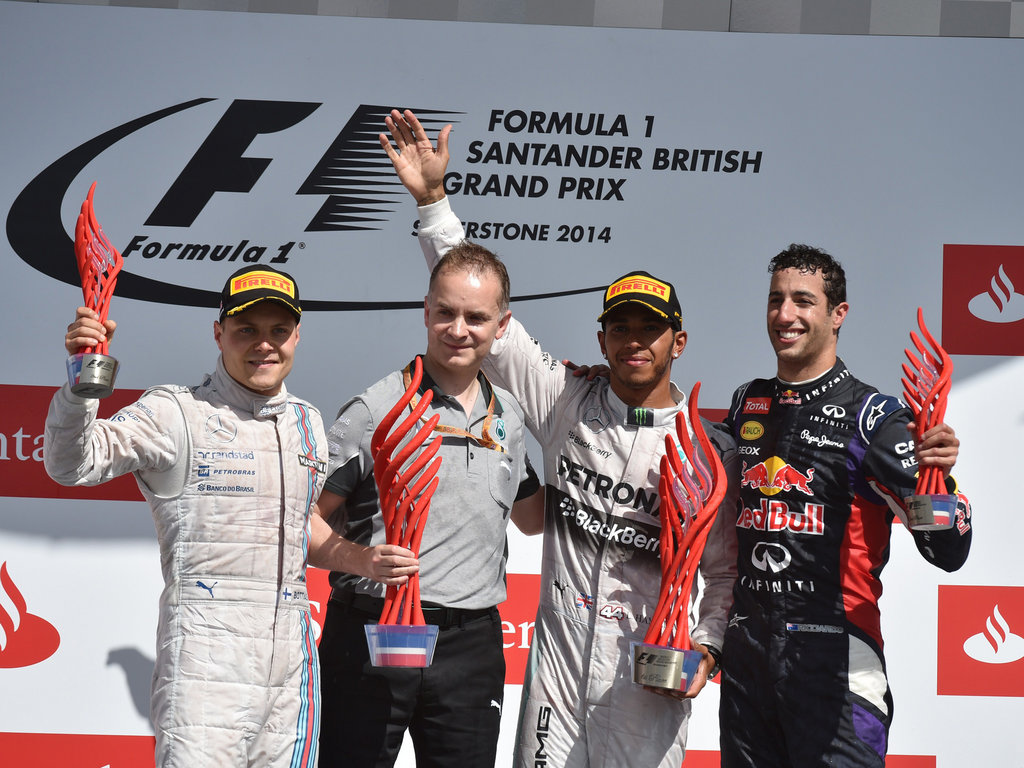 Daniel Ricciardo has described his P3 at the British Grand Prix as one of his best podiums.

The Australian started eighth on the Silverstone grid as he was one of those who lost out during a chaotic final few minutes in Q3, and naturally he was determined to make it up on the Sunday.

He initially appeared to be battling for positions fifth to eighth, but his fortunes changed as he “stumbled” onto the right strategy, ending up third behind race winner Lewis Hamilton and Valtteri Bottas.

He added: “I feel good, this is like the best third place I’ve ever got. I’m not normally ecstatic with a third but I am today. I’m happy to redeem myself after yesterday. We did not have an awesome race car, but we used it well and played the game well with one stop.

“We pitted quite early on the prime as we were quite slow. The pace seemed OK and we looked at our options. I said we could give it a go and go till the end. It does not always work out like that so we can all celebrate.”

The Red Bull man, though, is the first to admit that he probably would’ve ended up fourth if the race was another lap longer as Jenson Button was putting in a brilliant charge.

“It was good fun for the last 37 laps. I was only nervous for the last two laps when Jenson came coming. With three laps to go my tyres started going. I thought if he got DRS he would be vulnerable,” he said.