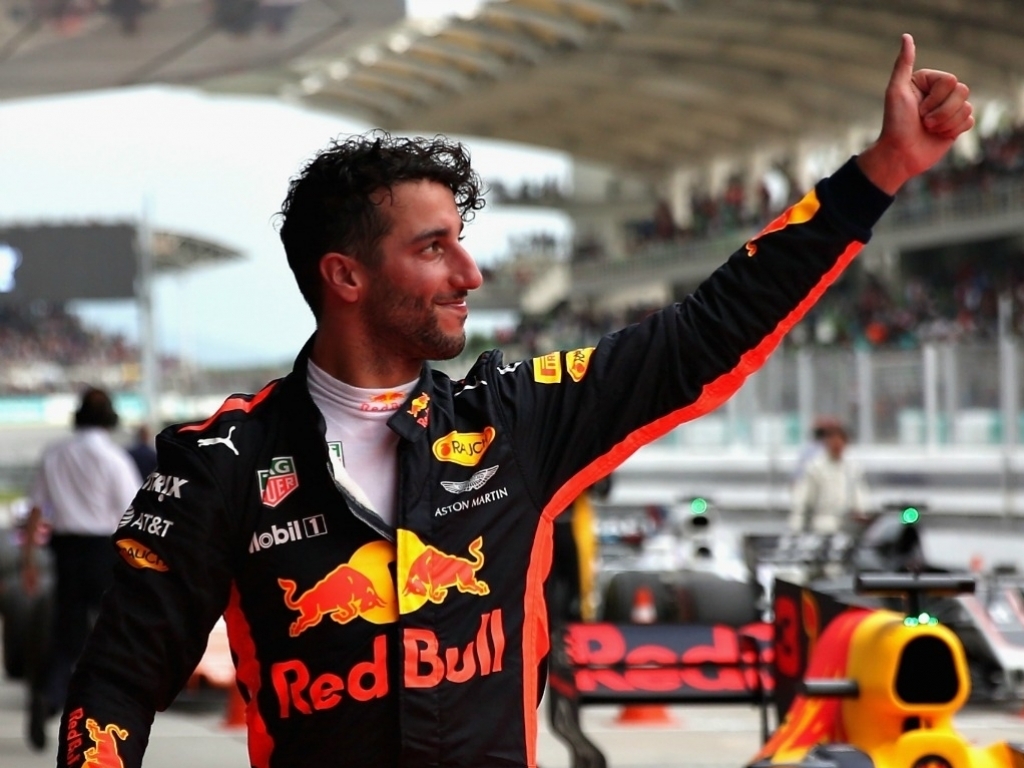 Daniel Ricciardo felt he had a "pretty lonely" race on his way to his seventh podium finish of the 2017 season.

The Aussie was involved in a ding-dong battle with the fast-starting Valtteri Bottas for P3 and then held off a late-surging Sebastian Vettel toward the end of the race so he could join race winner and team-mate Max Verstappen on the podium.

"At the start it looked like Mercedes were struggling. I tried to get Bottas as fast as possible but he defended well," said Ricciardo on the podium.

"Seb came really quick at the end and I thought he was going to be a handful, but he only had one strong attack and then we were able to pull away.

"I guess it was pretty lonely, but it was hot and physical so nice to get a podium. Congrats to Max, he drove great all weekend and a good race for the team."