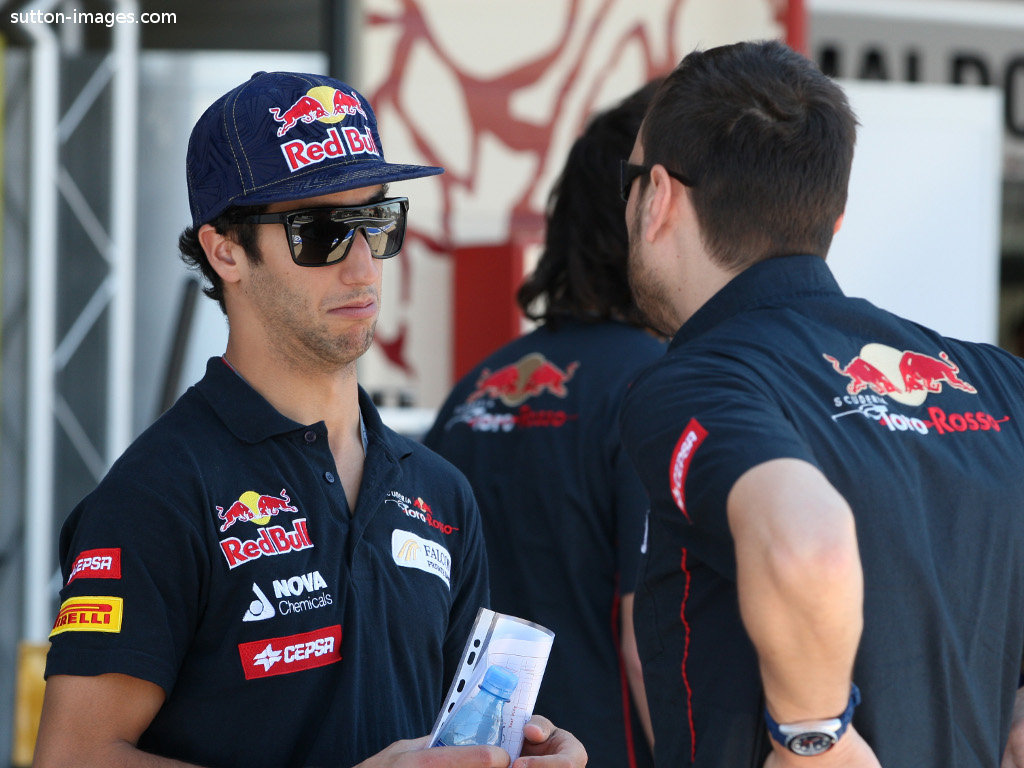 Daniel Ricciardo admits STR need to get their qualifying act together, but is happy with their race pace…

Daniel Ricciardo admits STR need to get their qualifying act together, but is confident their race pace is good enough to keep them well ahead of Caterham.

Heikki Kovalainen qualified ahead of both Ricciardo and his team-mate Jean-Eric Vernge at the European GP, but Toro Rosso appeared to have much better pace on the Sunday.

However, Caterham will head to this weekend’s British Grand Prix with several updates to their CT01 and will be eager to challenge midfield runners like STR come race day.

Ricciardo, though, says “not at all” concerned about qualifying behind Caterham.

“Although I do believe they’ve got some more updates for Silverstone – some that they are quite modest about – and it will probably work and they had good pace in Valencia,” he told ESPNF1.

“I think with overall pace we’re still a fair bit in front, it’s just the qualifying we have to soak a bit more out of. I think it’s between us drivers and also understanding a bit more with the tyres. But then our race pace still seems to be quite a bit stronger than theirs.

“I think if we don’t get on top of our qualifying they will have more opportunities to be in front of us, but I still think our race pace will clearly be better than theirs.”

There is a healthy rivalry between Ricciardo and Vergne developing. Although the Australian has the upper hand when it comes to qualifying, Vergne is not too far away when it comes to race results.

“I guess on paper with the qualifying it’s been good,” Ricciardo said.

“I think it’s 7-1, which is nice. I guess the first thing is that you look at your team-mate, but if we’re 17th and 18th then even if I’m 0.3s or 0.4s quicker than him it’s not going to give me a great sense of satisfaction. I think we’ve always got to push for more. He’s had some strong races and I think the last few have been stronger.

“I’m finding a bit more, which is good for the Sunday, so that’s encouraging. If I can keep working this way then in qualifying I think I’ve already got a bit of an edge and in the race hopefully I can run away and get my nose clean in front. But in saying that, we can’t really afford to try to push each other down because as a team we’ve got to try and get each other up. The rivalry is pretty good at the moment. I’d say it’s healthy.”