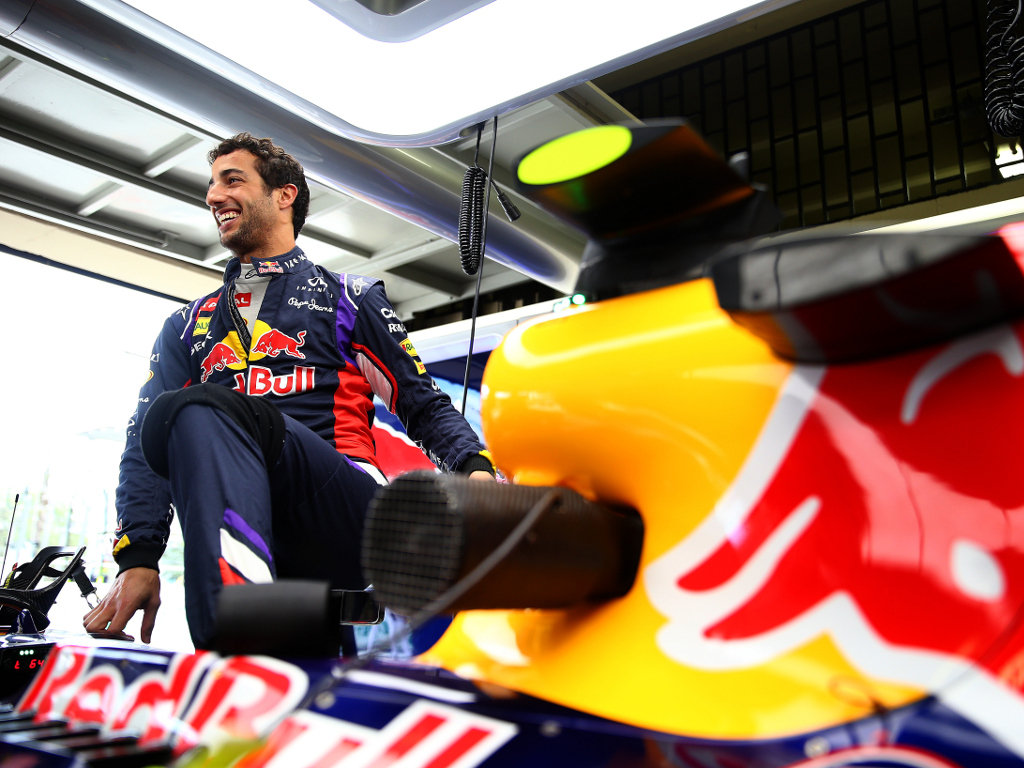 Daniel Ricciardo is enjoying life at Red Bull Racing, both the funny and the serious side of racing for a top team.

The Aussie, well known for his massive smile which never seems to dim, joined Red Bull Racing at the start of this season, getting the better of four-time World Champion Sebastian Vettel.

With the German set to leave at the end of this season, Ricciardo has now been elevated to de facto lead driver.

As such he’s the driver answering the questions for next season and giving his input.

Ricciardo told Crash.net: “I act like I like the attention sometimes, I’m a bit of a goof!

“Generally it’s cool. I feel like I know the team well enough now to have those conversations and it feels nice to give my input.

“But of course if I didn’t know anything then I would keep my mouth shut rather than steer them in a blind direction, but I feel like I’ve been able to help on a few things.”

But it won’t only be his influence as a driver that goes into next year’s car as Vettel, despite leaving, has shared his knowledge over this season.

Revealing that there has been a “constant conversation” in order to improve the car, those talks will play a role in next year’s challenger as the car will be an evolution of the RB10.

“It’s probably a little bit trickier. Fortunately the rule changes for next year are not really big at all, so I think it’s really everything we’ve learned from this year just put it in to next. Obviously Seb has been giving feedback from this year so they can still use that for the following.

“We’ve talked already a bit about next year obviously what we can try and improve – our biggest points of improvement – so that’s a constant conversation we’re having.

“Hopefully Dani [Kvyat] can get on board as soon as Abu Dhabi’s over. The sooner he’s on board the sooner he can start helping out as well.”