Home Uncategorized Ricciardo: Seb, Lewis not better than me or Max 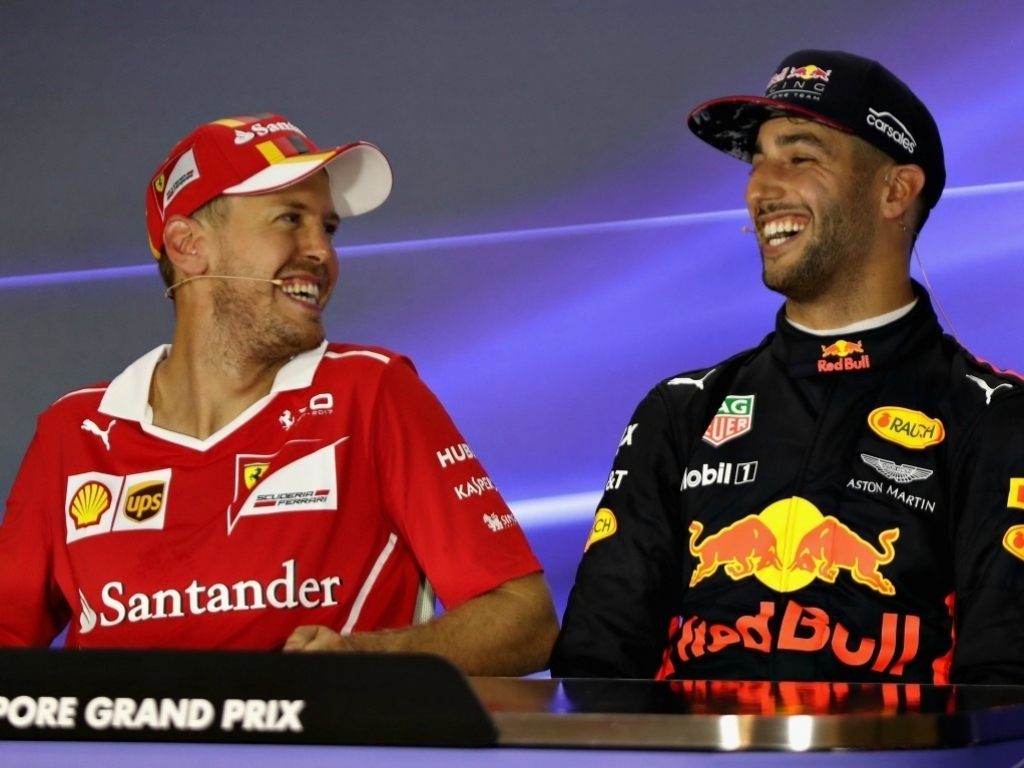 Daniel Ricciardo believes that Sebastian Vettel and Lewis Hamilton are no match for himself and Max Verstappen.

Vettel and Hamilton have emerged as the main title rivals this year, but the Aussie still thinks he and his Dutch team-mate set the bar.

“Max has been my greatest competitor yet,” Ricciardo revealed in an exclusive interview with Mobil 1 The Grid.

“I look at Lewis, Seb as the other guys at the top but I don’t see them being better than me or Max.”

Verstappen caused Ricciardo to retire at the Hungarian Grand Prix earlier in the season which tested the strength of their relationship.

But Ricciardo, who believes he dealt with the whole situation well, is happy that the two have fully moved on from the incident.

He added: "The marshal was pulling me off the track, I was like ‘don’t touch me’, I really wanted to wait for Max to drive past, In the heat of the moment I may have said some things… but I still feel that I handled myself all right.

"We’ve moved on. Obviously I was upset but that was out of my control, so what more can I do? He apologised like a man, that was important.

"We had a private sit down, pretty much like we are now but without the cameras, and we spoke so that was important."