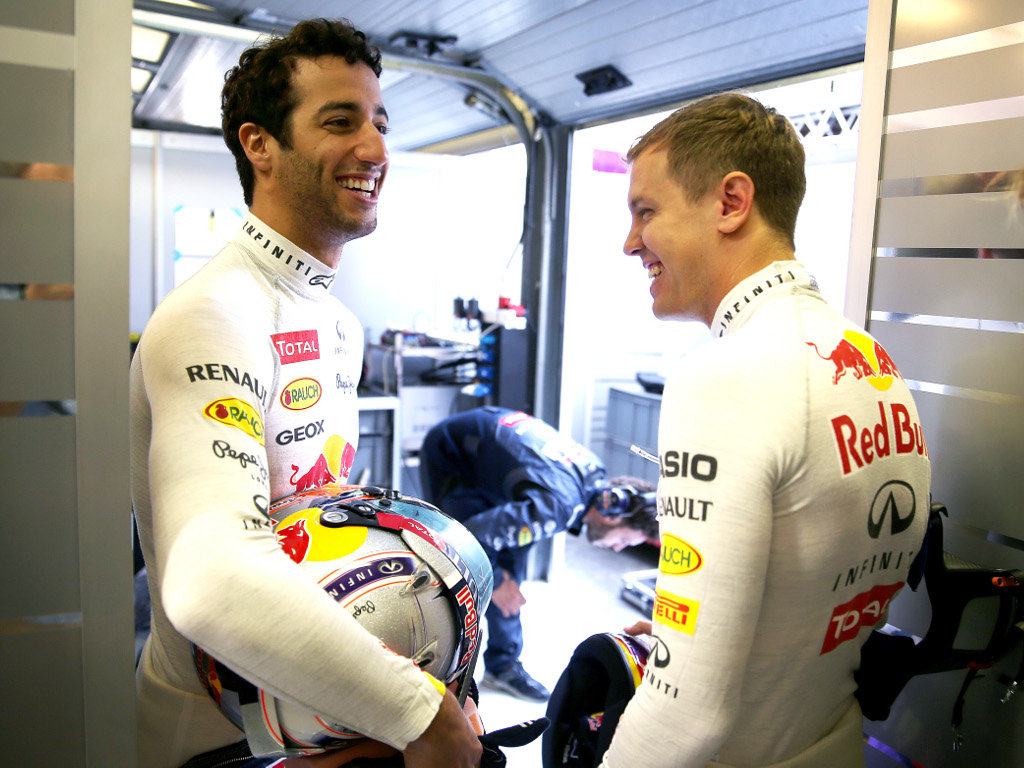 Daniel Ricciardo believes Sebastian Vettel’s drive and hunger for success will give Ferrari a major boost next year.

The Australian has first-hand experience of the four-time World Champion’s “ruthlessness” when things are not going well as they were team-mates at Red Bull this year.

Vettel, of course, has decided to move on and he will realise a childhood dream next year as he will drive for Ferrari, but his new bosses have already warned that the team are likely to struggle again next year.

The Scuderia failed to win a single race this year and President Sergio Marchionne has revealed that 2015 will likely be a “reconstitution year”.

Ricciardo, though, has backed his former team-mate to get the best out of those he works with.

“The way he basically brings the people who work with him close to him is impressive,” he is quoted as saying by Autosport. “It’s the way he demands and gets what he wants.

“We [racing drivers] are never happy with our cars and we always want something better from it – and I think the way he approaches that, he is quite ruthless but quite fair at the same time.

“He has a good balance of being serious and looking the team in the eye, and saying I need this. But he earns their respect by acting that way.

“He doesn’t rest. He is not going to be happy being behind, and I think the way he goes about it is pretty good.”

Many drivers take time to adapt to new surrounds, especially those who join Formula 1’s most successful outfit Ferrari, but Ricciardo feels the German will settle in quickly.

“I don’t think he is in for a shock, he is in for a change – that is for sure,” explained the Australian. “He has been with Red Bull a lot longer than me, from the junior days, 15 years or something crazy.

“But it is like any change: he will adapt and he will manage. I think the first test will feel weird for him but by Melbourne it will all feel very normal.”