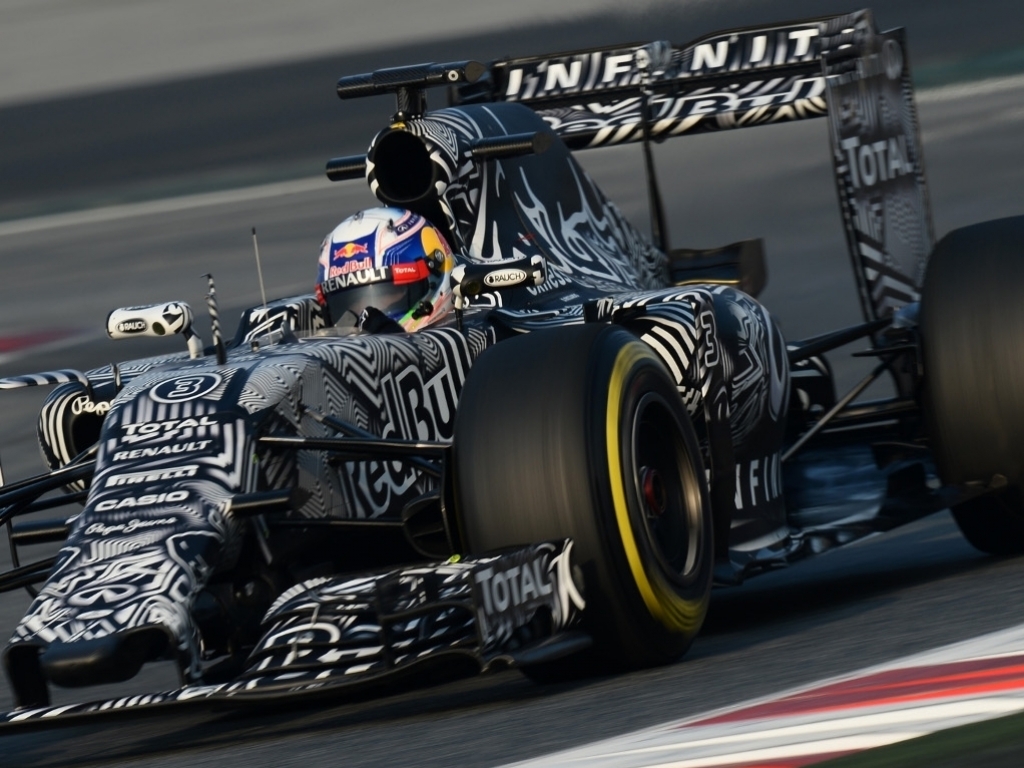 Daniel Ricciardo's retained the P1 through to the chequered flag on Day Two at Barcelona as his morning's time went unbeaten as the drivers returned to the track in the afternoon.

The Red Bull racer clocked a 1:24.574 while concentrating on short runs and pit stop practices during the morning's session at a cold Circuit de Barcelona-Catalunya.

That put him 0.010s up on Kimi Raikkonen, another driver to post his time early in the day.

Felipe Massa was the biggest climber in the afternoon's session as he slotted into third place, just 0.098s in what proved to be a closely contested day of testing.

Sergio Perez was fourth in his 2014 VJM07, edging the Mercedes of Lewis Hamilton.

Hamilton, who sat out the bulk of Thursday's play due to a fever, replaced team-mate Nico Rosberg after the lunch break.

The German, who has been suffering from a trapped nerve in his neck, opted to call it quits for the day as a precaution having already covered 66 laps in the morning.

Hamilton, who amassed 87 laps, finished fifth quickest – his time set on the medium tyres – while Rosberg was sixth. They were separated by 0.6s.

Honda, meanwhile, tweeted about how "pleased" they were with the day's results given that Fernando Alonso managed 59 laps, more than McLaren had covered on any other one day of testing.

Test driver Jolyon Palmer had a relatively trouble-free first day in the Lotus E23 although the same cannot be said of Marcus Ericsson and Carlos Sainz Jr as both brought out the red flags.

Ericsson's Sauber C34 stopped out on track down the start-finish straight while Sainz Jr went off the track at Turn 9 and needed his Toro Rosso carried out of the gravel.