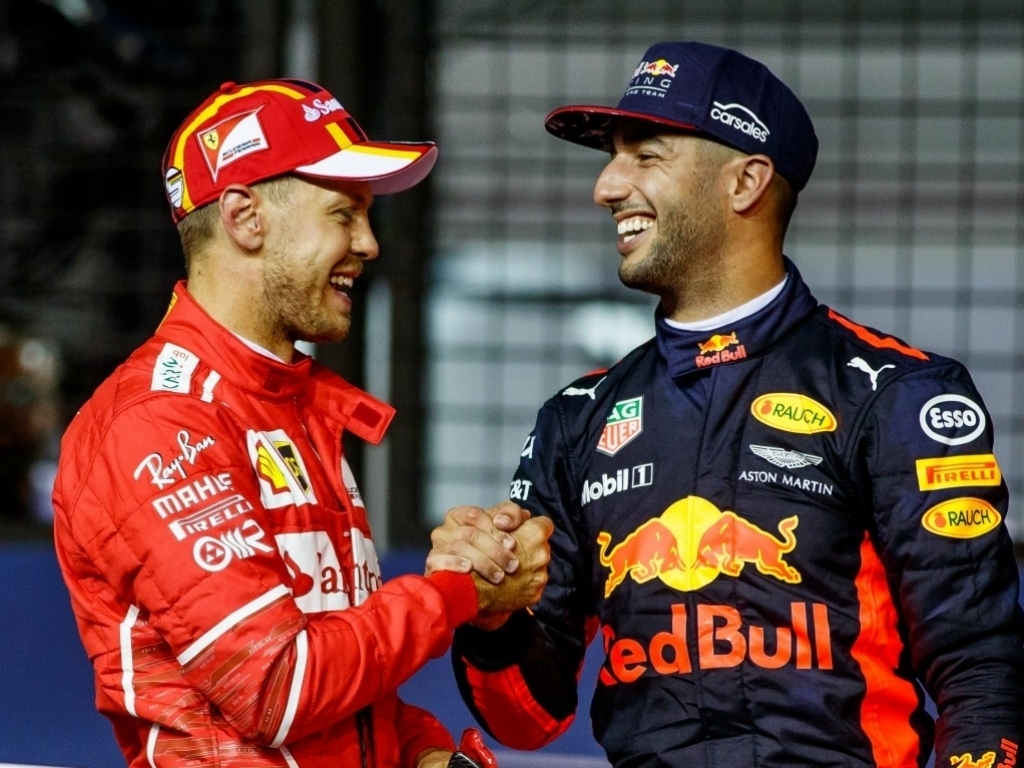 Daniel Ricciardo has admitted to being a "little envious" of Sebastian Vettel's pole lap but still feels Red Bull have the best race pace out of everyone.

The Aussie topped the first two practice sessions and was battling it out with team-mate Max Verstappen in qualifying. Vettel's mighty lap put him out of touch, though, while Verstappen was able to clinch P2 ahead of him.

Yet Ricciardo is undeterred and still has his eyes firmly set on winning the race on Sunday.

"I'm a little envious today. I will accept a little bit of defeat but I'm still confident we will get victory," Ricciardo said in the post-qualifying interview.

"Seb turned it on today but I think we have better race pace."

Max Verstappen, meanwhile, who joins Vettel on the front of the grid, is not as confident as his Red Bull team-mate.

He said: "It is promising, but a shame we couldn't put it on pole The final lap wasn't great.

"During the race it will be difficult to pass him [Vettel] so we will have to see in the first lap."