Home Uncategorized Ricciardo: STR could have the advantage 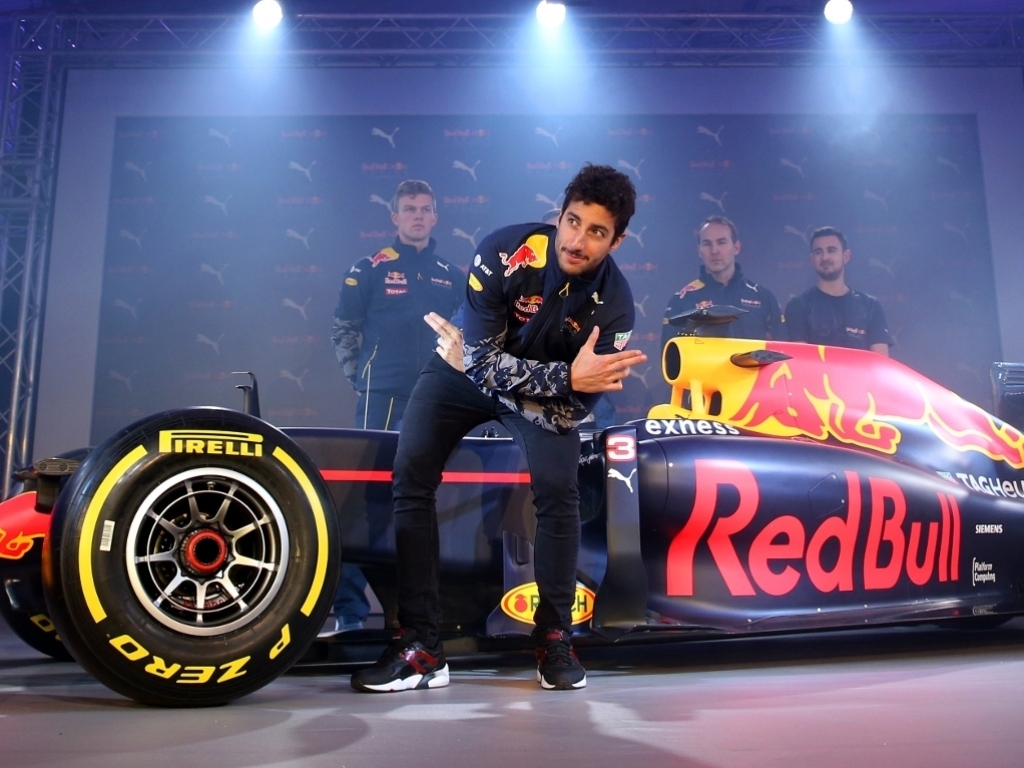 Daniel Ricciardo warns Toro Rosso could get the better of Red Bull at the start of 2016 but expects the senior team will find form as the campaign progresses.

This year Red Bull Racing will continue their relationship with Renault, running engines rebranded as TAG Heuer, whereas Toro Rosso have returned to Ferrari power.

The latter had the better of the two power units at the end of last season and although Toro Rosso will be running that 2015 engine, Ricciardo reckons it could still be better than whatever Renault bring to the table at the start of this year.

"I think if we're to start with very little improvement from last year, I think Toro Rosso will be competitive in relation to us over the first few races," Motorsport.com quotes him as having said during Wednesday's livery launch.

"It's not impossible that they come out ahead of us. But I think as the year goes on, we've got more room for development and improvement, and obviously we're the bigger team.

"If we start now in front of them, I think that's a really good sign – but I wouldn't be too discouraged if they come out ahead of us in Melbourne."

Asked whether he agreed with team boss Christian Horner that Red Bull could make "significant progress" as the season progresses, the Aussie said: "Obviously I believe him when he says it and it's realistic that we will need a bit of time to make strong improvements from last year.

"But for me, obviously last year I got used to that in a way and I got sort of… not comfortable with that, but more understanding about the situation.

"I'm still looking at my my targets long-term as well and that's still to be World Champion, still to keep myself in prime condition, both on and off the track. I still have a lot of motivation."

But despite conceding that Red Bull will be on the back foot when the season begins, Ricciardo is hoping to end the campaign with at least one race win to his name.

"At the end of the season, a victory," he responded when asked about his goal for the season. "I'd love to say more but realistically, one would be a good start. Last year we just got two podiums, one victory should mean a few podiums along the way so victory in Monaco would be alright!"