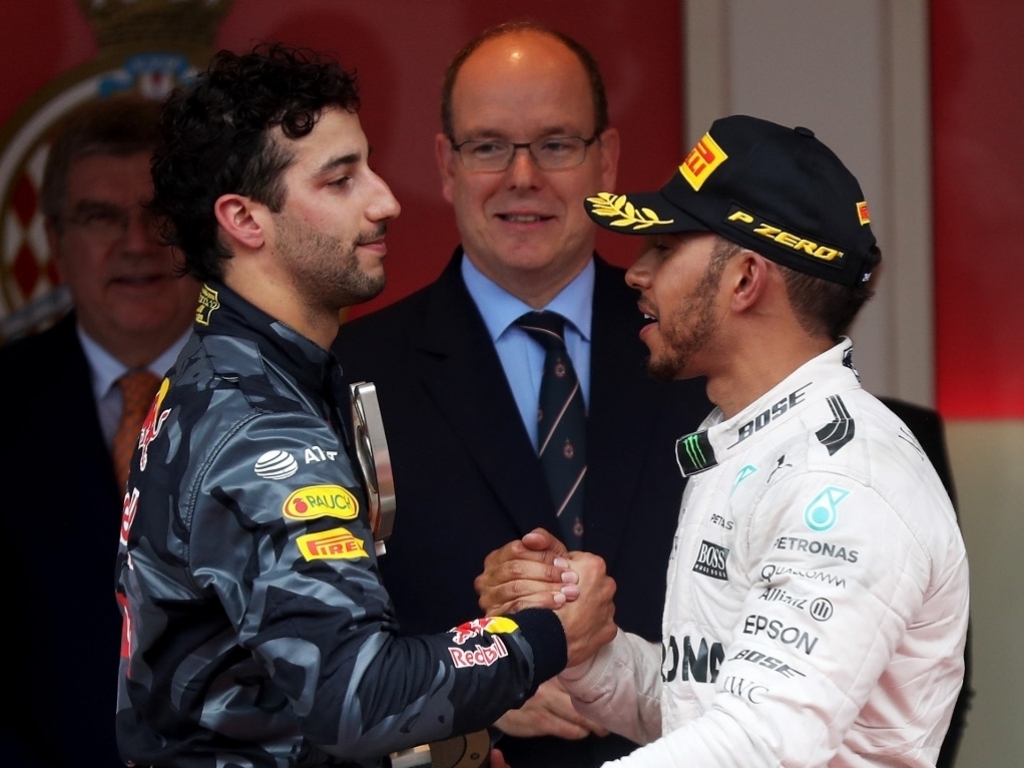 Occupying third spot on the Drivers’ Championship table, Red Bull driver Daniel Ricciardo has claimed that he surprised that there is talk of a title challenge surrounding him.

However, the Australian, who sits behind Mercedes duo Nico Rosberg and Lewis Hamilton, has played down the chatter of winning the title, saying that it is still too early to be a serious threat to the Silver Arrows.

Yet to win a race in 2016, Ricciardo explained that his current point tally of 66 could have been higher had it not been for a trio of blunders in China, Spain and Monte Carlo.

“Coming into the season, I probably didn’t expect to be third in the championship after so many races in and we’ve seen no points in Russia, could have got more in China without the puncture and the last two races,” Ricciardo said.

“We could probably be very close to the front of the championship right now.

“I’m still not looking at that yet. I would love to be in a position in a few races time and actually say ‘yes, we can fight for the title this year’. I think that would be a pretty nice, unexpected, fight and story for F1.”

Looking ahead to the Canadian Grand Prix, Ricciardo believes that it will be one of the most important races of the year and is hoping that they can  produce the performance they did in Monaco without any mistakes.

“This race will be pretty telling,” he said.

“If we can be competitive here, you never know. It’s still a long shot. I believe in myself that I can fight and do what I’ve got to do to put myself in a position come the end of the year.

“Fingers crossed that last time in Monaco wasn’t a one-off and we can fight again for the rest of the season. I believe that we can. Whether it’s a win or a podium, to be continued.”