Home Uncategorized Ricciardo: Tailwind ‘caught me out’ in FP1 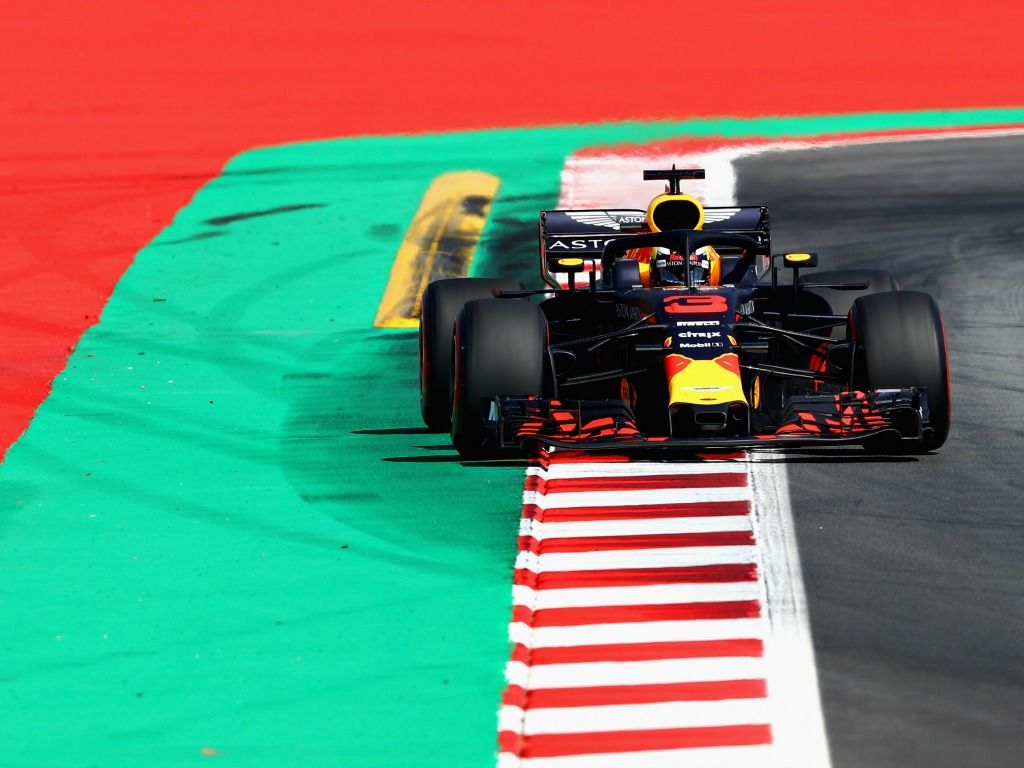 Daniel Ricciardo said that a “big” tailwind at Turn 4 was to blame for his crash in the first practice session of the Spanish GP weekend.
The Australian went straight on at the fourth corner, going across the gravel and into the tyre wall, ending his running in the session.
Ricciardo said: “It is a bad corner to have a tailwind so it makes it tricky. It caught me out this morning.
“Tailwind is a big one in F1. Any corners with a tailwind you lose a lot of rear grip. Into Turn 4 that was a tough one because there was a tailwind and it is a corner where you have to drive into it with the brake, so you load up the front and unload the rear.”
Ricciardo was not the only driver to be affected by the wind on Friday morning, but he was the only one to miss a large amount of time due to an incident.
The Australian added: “There were a few of us making errors for sure. Unfortunately mine was costly enough to miss the last hour of that session.”
The second session was better for the Red Bull driver, as he finished second only to Lewis Hamilton in FP2. However, he questioned the usefulness of the supersoft tyres.
He said: “We didn’t really get it [the super soft] working. The front tyres don’t really seem like they are working well with these conditions.
“On the high fuel it was better. Then we put the softs on and it was a lot quicker.”