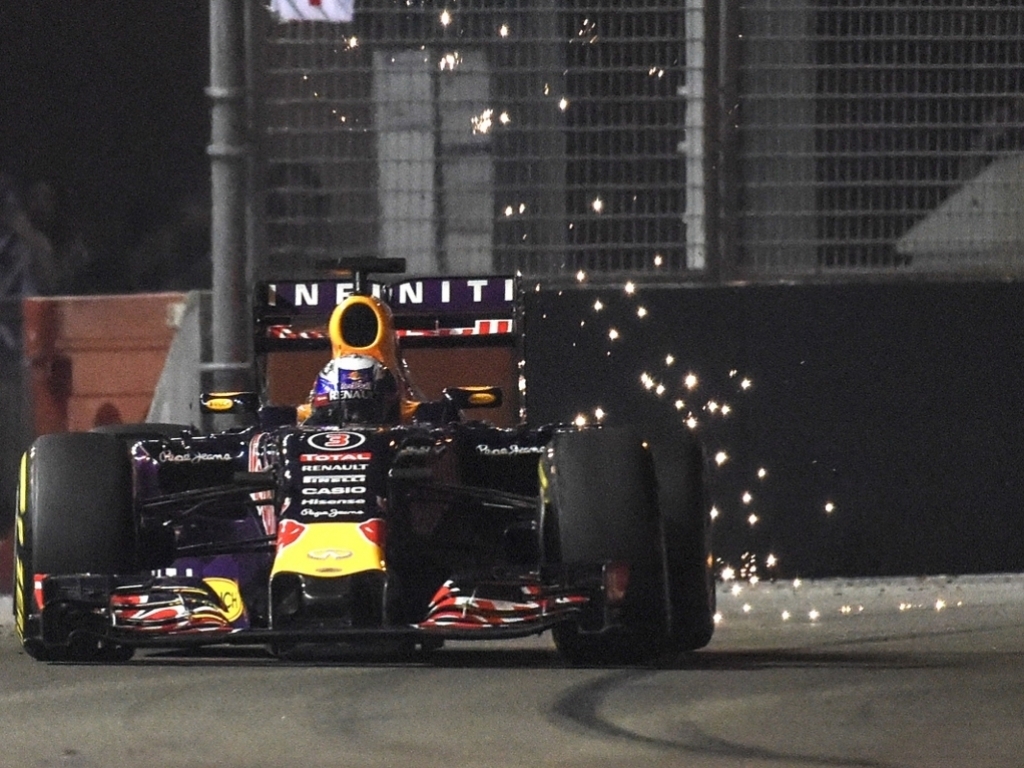 There will be no Mercedes car on the front row of the grid in Singapore and Daniel Ricciardo is delighted that he was able to capitalise while they are struggling.

After 23 consecutive pole positions, Mercedes found life difficult at the Marina Bay Street Circuit as Lewis Hamilton and Nico Rosberg had problems with their tyres all weekend. Instead, it will be the Ferrari of Sebastian Vettel who will start in pole with Ricciardo second and Kimi Raikkonen.

The Australian will start on the front row for the first time this season and he admits that he thought Mercedes would be faster during qualifying after their woes on Friday.

"It's nice to be back up here on the front row. It's been a bit of a while so it's good," he said. "It's should be a good race tomorrow. Qualifying was really exciting.

"To have no Mercedes up here is a surprise to everyone. I thought they were playing a few card games yesterday, but it seemed they are obviously not particularly comfortable here this weekend. It's good to capitalise on that.

"Tomorrow would be nice to be back here. Really happy for the team as we have definitely made a lot of progress since Silverstone, but for me since Budapest the car has really come alive and it's nice that we can show that here. We will just try to hang in there in the long runs tomorrow and make a race of it."