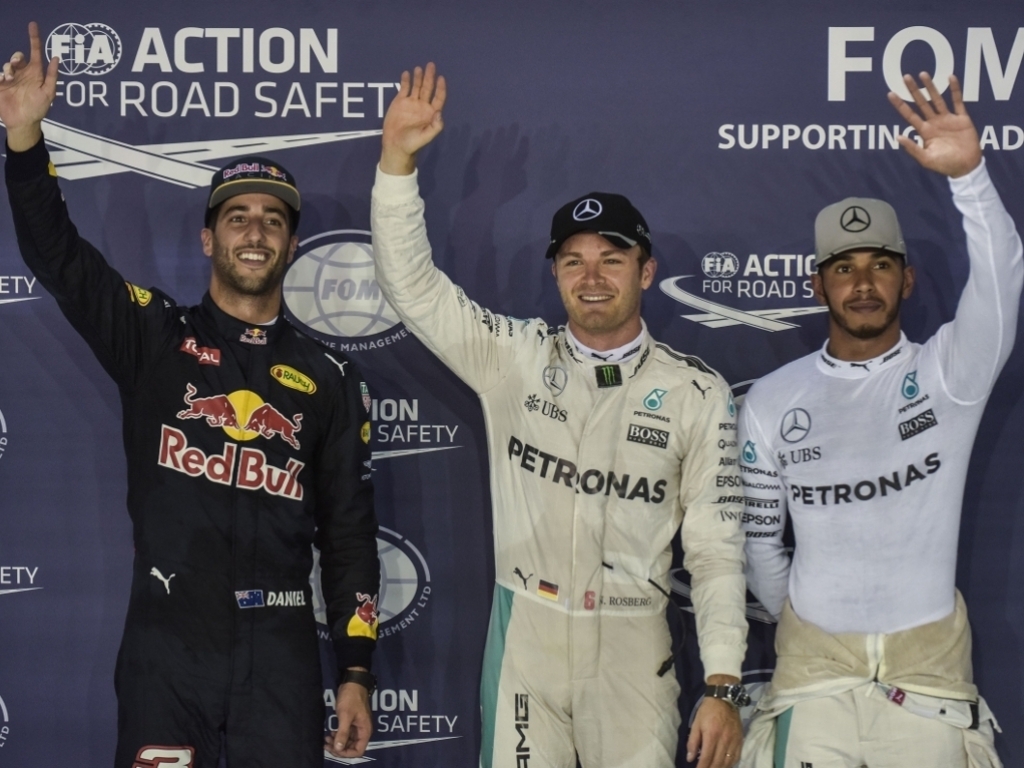 Daniel Ricciardo thinks Nico Rosberg will hold on to win this year’s Formula One World title ahead of team-mate Lewis Hamilton.

After seeing his initial points lead evaporate as Hamilton came roaring back into the reckoning midway through the season, Rosberg has seemingly found a second wind, picking up his third straight victory in Singapore over the weekend.

That has seen him retake the championship lead and stand eight points clear of his Mercedes rival.

Ricciardo finished less than half a second behind Rosberg at Marina Bay on Sunday, and believes the German can go on to beat Hamilton and claim his first World title.

“Before the summer break when Lewis made up that deficit on Nico, I thought no one was going to touch Lewis, but Nico has come back,” he told Sky Sports F1.

“I’m going to throw a spanner in the works and say Rosberg [will win it].”

Rosberg and Hamilton have become bitter rivals, and Ricciardo admits it can get a bit awkward when joining the duo on the podium or after qualifying sessions.

“It’s awkward for me because it’s so silent!” he said. “I don’t like silence too much, so I’m like trying to either talk to myself or make conversation with them, but they’re happy to enjoy the awkward silence. It’s quite fun!”