Home Uncategorized Ricciardo to make most of head start 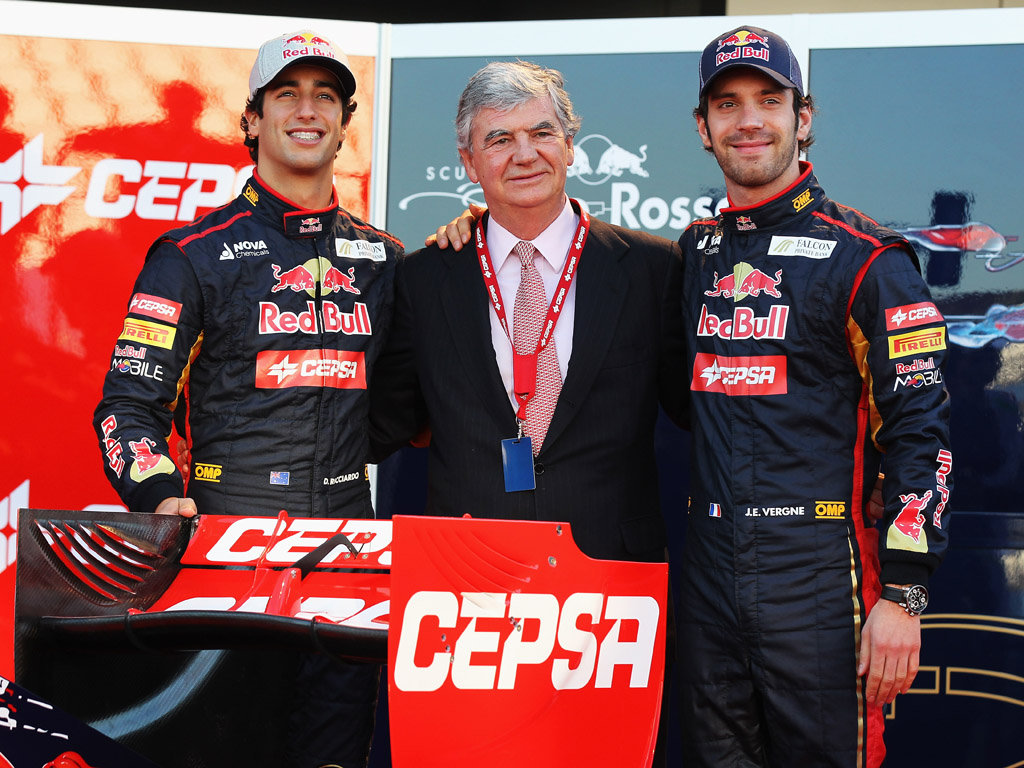 Daniel Ricciardo admits he will have a slight advantage over Toro Rosso team-mate Jean-Eric Vergne at the start of the 2012 season.

The 21-year-old, who attended the launch of the STR7 at the Circuito de Jerez in southern Spain on Monday, has already taken part in 11 grands prix after driving for HRT last season.

Vergne, on the other hand, will head into the first race in Melbourne in March with just a few test sessions under his belt.

“Having done 11 races last year was really beneficial for me and I learnt a lot and improved a lot during that time,” Ricciardo said.

“It’s a bit of a head start, that’s obvious, but we’ve both got quite a bit of testing before the season starts so he’ll be able to catch up a little bit. Maybe for the first race he can use that excuse, but not for the first 11!”

Ricciardo and Verge both came through the ranks at the Red Bull’s junior driver development programme and the Australian says their ultimate goal is to become Champions.

“That’s a part of their (Red Bull’s) programme, to bring us through from the juniors and into Formula One, and we’ve both succeeded in doing that.

“That’s the first job done, and I guess we both want to be World Champion, so it will be a race to get to that target as well.

“So far it’s all been good. Each year in our career we have gone a step forward, and this is definitely a pretty obvious and big step towards hopefully the big one one day.”

Frenchman Vergne, meanwhile, knows he has plenty of hard work ahead of him.

“I have been with Red Bull for the past five years, working a lot with the team, and I also have done Friday practices with Toro Rosso, all of which I think helped convince them I was good enough to be in the car. I need to prove them right,” he said.

“I have a lot to learn, and I need to gain as much experience as possible, particularly from testing. It’s going to be tough but I’m really looking forward to it.

“It would be nice to finish as many times as possible in the points, but first we have to see how our car compares to others. The team did an incredible job last year though and I hope this year we can do even better.”