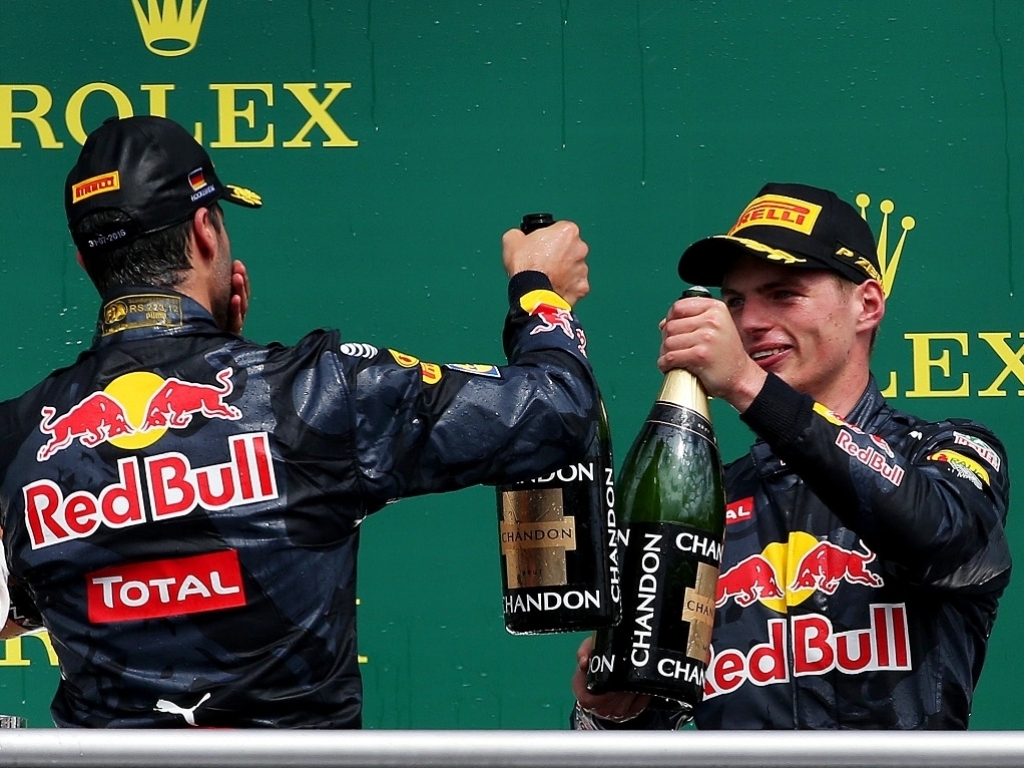 Max Verstappen may be almost a decade younger than Daniel Ricciardo, however, the Aussie says in racing terms his team-mate is “very experienced.”

Verstappen was just 17 years old when he made his Formula 1 debut for Toro Rosso on the back of a third-place finish in the 2014 European Formula 3 Championship.

However, the son of former F1 driver Jos Verstappen had already spent many years racing as he began karting when he was just four.

This has led Ricciardo to state that the Dutchman is actually “very experienced” while his technical knowledge makes him a “racing nerd.”

“It’s not nice getting beaten by someone young,” Ricciardo told Autosport.

“I definitely see it now, he is young, but in racing terms he is very experienced.

“Racing has been his whole life, from what I understand, and although he may still have a lot to learn, for his age, he has plenty of racing experience.

“Even the way when he’s in engineering briefings and talking about some details on the car, I don’t even know what they are.

The intra-team battle has proven to be a good one for Red Bull Racing.

The pair has scored 197 points since the Spanish Grand Prix, a race that Verstappen won, helping Red Bull take second place off Ferrari in the Constructors’ Championship.

The battle has also helped Ricciardo up his level.

“There’s an argument I am now going beyond a level I thought was there.

“With Dani [Kvyat] I always felt I was on top and just doing as much as I could, but then Max came in.

“It’s a tough one because I always like to think I am pushing myself to my limit, but the human body is interesting, so maybe there is always more.

“I definitely feel I have driven well from the start of the season, but perhaps we’ve both really pushed each other.”