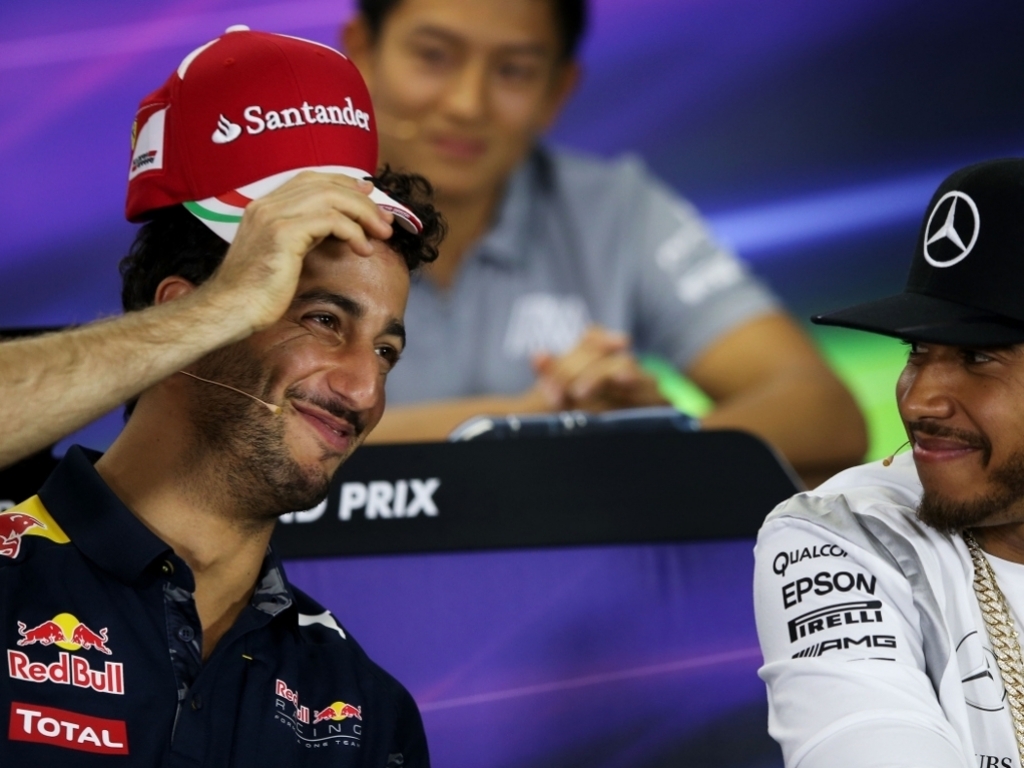 Daniel Ricciardo has downplayed talk of him heading to Ferrari in 2017 while Sebastian Vettel says he's not opposed to the idea.

Last year Ricciardo was linked to the Scuderia, however, after much debate Ferrari opted to re-sign Kimi Raikkonen.

But with the Finn out of contract at the end of this season, former F1 World Champion Alan Jones recently urged Ferrari to sign Ricciardo.

Asked about the possibility in Thursday's FIA press conference, Ricciardo joked: "I don't know if Seb wants that to be honest.

"I heard AJ say that yesterday and got asked the question. Last year I was asked as well and I don't have much more to say.

"To give you an honest answer, but a boring answer I'm just completely focussed on this year now and Red Bull.

"I'm not exactly out of contract either so don't get too excited."

Pressed as to whether he would like to team up with Vettel again, Ricciardo replied: "I don't know."

As for Vettel, he's not opposed to the idea of partnering Ricciardo in the future but insisted: "I won't dance with you in the pit lane if you are looking for that!"

The Ferrari driver added: "I don't mind, we never had any issues.

"The year we had together was very good for him, not so good for me, but that I think that is one thing that happens on the track, but I think outside the track is more important when you talk about getting on with your team-mate.

"I don't think we had one, at least I don't remember."

This time it was Ricciardo's turn to chip in. "I walk around in my underwear a lot so get used to that," he said with a grin.