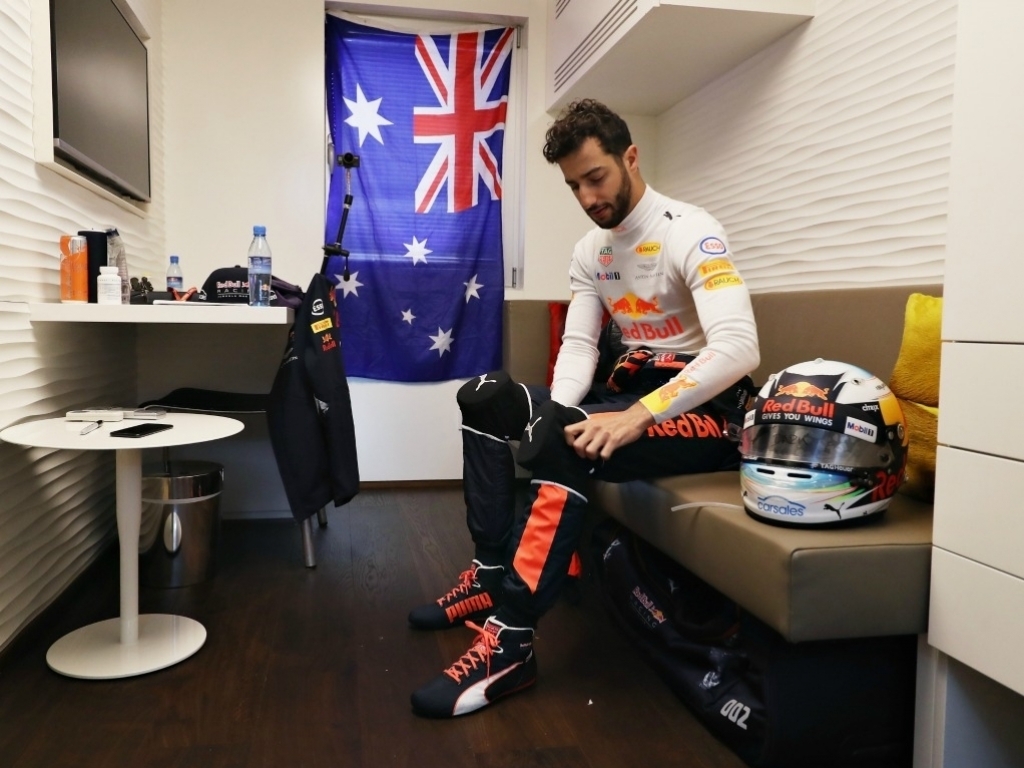 Daniel Ricciardo hopes he can have the longevity in his F1 career in the same way that Valentino Rossi is still racing, and winning, in MotoGP.

Despite being 38 years of age, Rossi is still one of the best in MotoGP with the Yamaha rider challenging for the World title, at least he was before breaking his leg last month.

The Italian’s career is proof that age doesn’t dictate pace, and that sportsmen can evolve to cope with the challengers posed by the next generation.

“I’ve never really had it before, I’ve never had a much younger kid,” Ricciardo told Autosport.

“Before that I was always the younger one, or the same in terms of age and hype, so it was probably a little bit like [Sebastian] Vettel’s position with me when I came into Red Bull.

“I think Max [Verstappen] had more hype behind him than I did!

“It is what Valentino Rossi has been dealing with for the last 10 years, I guess.

“You can take it two ways. You can go, ‘Wow, he is getting all the attention, this and that’ and it can play with your mind and wear you down.

“But this year in particular, he has got better but I’ve also acknowledged that, as opposed to making excuses all the time.

“[I have been] trying to figure out ways I can get better, try to keep ahead of the curve – I think like Rossi has done in the last few years.

“These kids are coming and getting better and better, and he has found a way to still evolve.

“That is where I am critical of myself but I feel I have managed to keep up with that.”

The Red Bull racer added that he also feels he can learn from the youngsters such as Verstappen.

“Over the years, because I have spent a few more years in F1, probably sometimes I am my own worst piece of data. I am too sensitive.

“It is not an excuse but sometimes, I should just say screw it and just go and deal with it.

“Those little sensors I have built in my body, I have had to take them out.

“I don’t think he has built as many of those yet, so he is able to probably drive through some scenarios better – or it takes me a bit longer to talk myself out of it.”