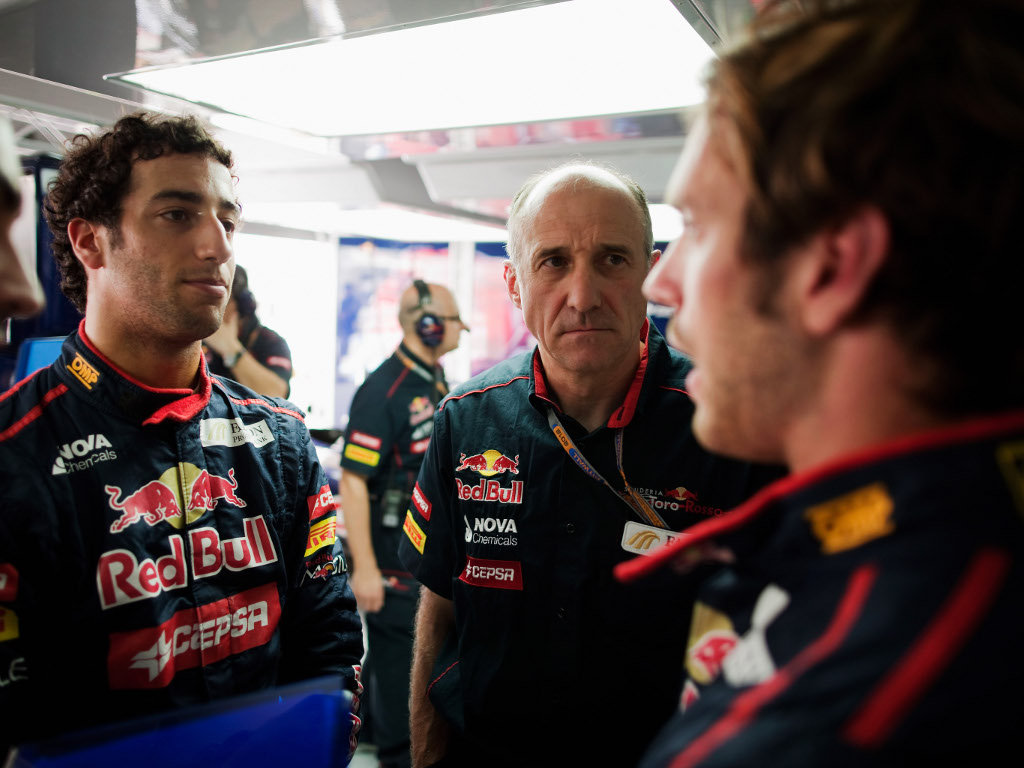 Toro Rosso are yet to confirm Daniel Ricciardo and Jean-Eric Vergne for 2013, but the former believes they deserve another season with the team…

Toro Rosso are yet to confirm Daniel Ricciardo and Jean-Eric Vergne for 2013, but the former believes they deserve another season with the team.

The pair are both in their rookie seasons at Faenza after Toro Rosso opted to dump Jaime Alguersuari and Sebastian Buemi at the end of the 2011 season.

Although STR have endured a difficult campaign so far, the Australian and Frenchman have made solid starts to their careers with Vergne picking up 12 points and his team-mate scoring nine.

Most people believe the duo will remain at Faenza next season and Ricciardo is no different.

“No confirmation but not really any doubts either to be honest,” he said when asked by ESPN about 2013.

“Nothing’s been signed on paper but we’ve been involved with some brief discussions on next year and what [technical director] James [Key] is hoping to achieve and what the team is looking for. So I guess being involved with these discussions is a positive and to be honest I think we definitely deserve another season.

“I think the team sees that as well, and I think generally most of the time if there’s someone to blame they’re blaming the package more than us. Sometimes we’re like ‘You can blame us if you want!’ but I think they see that the car hasn’t been the strongest this year and they see that with a stronger package we can definitely deliver some strong results.”