Home Uncategorized Ricciardo: Win as good as the first 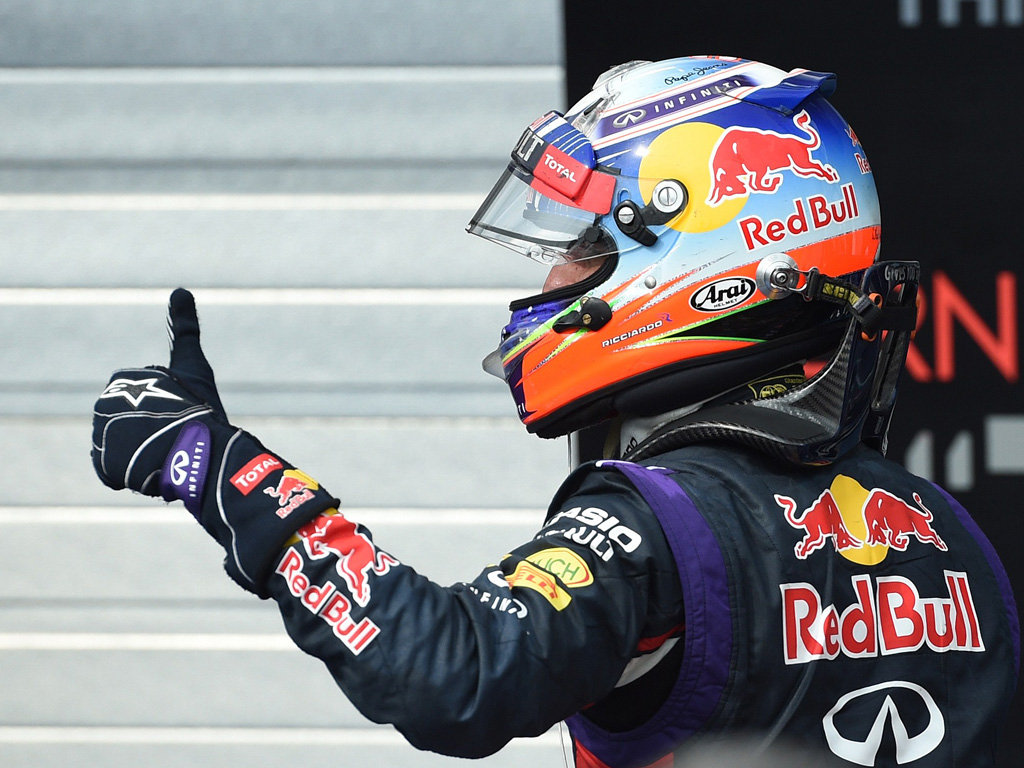 It will be hard to wipe the smile off Daniel Ricciardo’s face over the next few weeks, not that you would be able to do that under normal circumstances.

The Australian claimed his second victory in Formula 1 after coming from fourth on the grid at the Hungagoring on Sunday. He made a sluggish start and dropped a place. However, he got lucky when a Safety Car was deployed for Marcus Ericsson’s crash and he ducked into the pits to get the edge over the four drivers in front of him.

A second Safety Car came out following Sergio Perez’s accident, but this time it didn’t really work in his favour. He kept plugging away though and the decision to pit very late on proved to be masterstroke as he had the fresher rubber to chase down Fernando Alonso and Lewis Hamilton.

He overtook the two former World Champions in the space of a few laps and went on to claim his second win following his success in Canada earlier this year.

“It feels as good as the first, it really does,” he said on the podium. “The Safety Car at the beginning played to our advantage, and then I thought when the second one came out it didn’t really help us.”

“But we managed to pull it off at the end and had to pass our way through, and that was a lot of fun, last few laps.”

Ricciardo also had some issues with his car midway through the race, but he managed to stay out.

“I had a scare in the middle of the race,” he said. “For a few laps we had a few issues and we were down on power, so I had to get a bit crazy on the switches. So the race could have potentially finished early but we got through that and I was happy.”

The Australian also paid tribute to his Red Bull team following his move from Toro Rosso at the start of the season.

“I am definitely going to celebrate tonight, party for a few days and enjoy a few days off,” he said. “Then I will continue with the second half of the season and I can’t wait for Spa but I want to thank the team for everything they have done to help me win my first races.

“They really let me settle in so well the first six months of the year and to grab two victories is honestly phenomenal. Really pleased, got a few mates here as well this weekend so we’ll party hard tonight.”