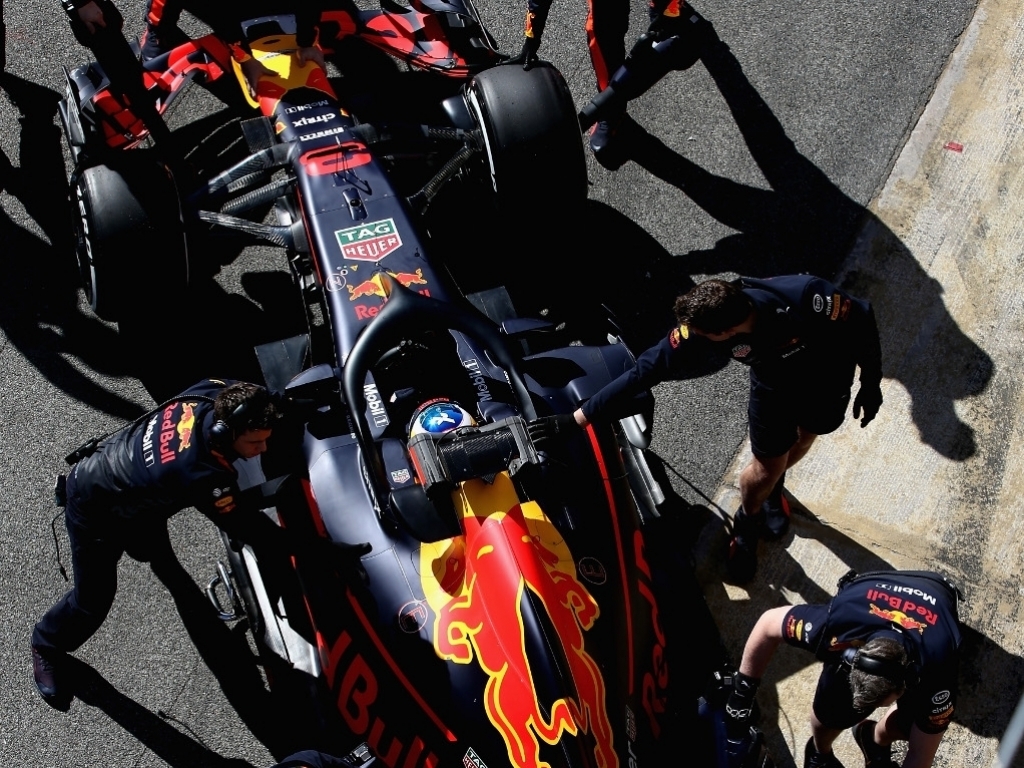 Daniel Ricciardo’s morning lap record stood as the time to beat throughout Wednesday’s second day of testing at the Circuit de Catalunya.

The Red Bull driver clocked a 1:18.047 on the hypersofts on Wednesday morning as the Formula 1 teams enjoyed improved weather conditions in Spain.

His time was 0.353s up on Lewis Hamilton’s best, set on the ultrasoft tyres.

Ricciardo’s lap time was the fastest set at the Spanish track since it was reconfigured in 2007 and more than a second quicker than Lewis Hamilton’s 2017 Spanish Grand Prix pole position of 1:19.149.

But while Red Bull and Mercedes both had productive days, the same cannot be said of McLaren.

The Woking team once again made headlines as this time Fernando Alonso broke down.

McLaren billed it as a “small oil leak” before changing the Renault power unit, however, the Spaniard only ventured out again 20 minutes before the chequered flag.

Valtteri Bottas, who replaced Hamilton in the afternoon, was third fastest ahead of Sebastian Vettel and Brendon Hartley.

Carlos Sainz was seventh ahead of Romain Grosjean. The Frenchman lost some track time when his Haas suffered an oil leak.

We’re still in the process of fixing an oil leak…we hope to be out again soon. #F1Testing #HaasF1

Stroll’s team-mate Sergey Sirotkin had a minor issue when he ground to a halt while heading down the pitlane. The Williams mechanics were quickly on hand to give him a push back to the garage.

Charles Leclerc brought out a late red with the Sauber driver afternoon ending in the Turn 12 gravel after a spin.

Leclerc spins off into the gravel just as the sixth day of testing comes to an end#F1 #F1Testing pic.twitter.com/QpOp946jZh

🏁🏁🏁 Fastest day so far at the Circuit with three drivers under the 1:19 barrier… and faster times than last year test! #F1Testing pic.twitter.com/vRmfkpeQvC