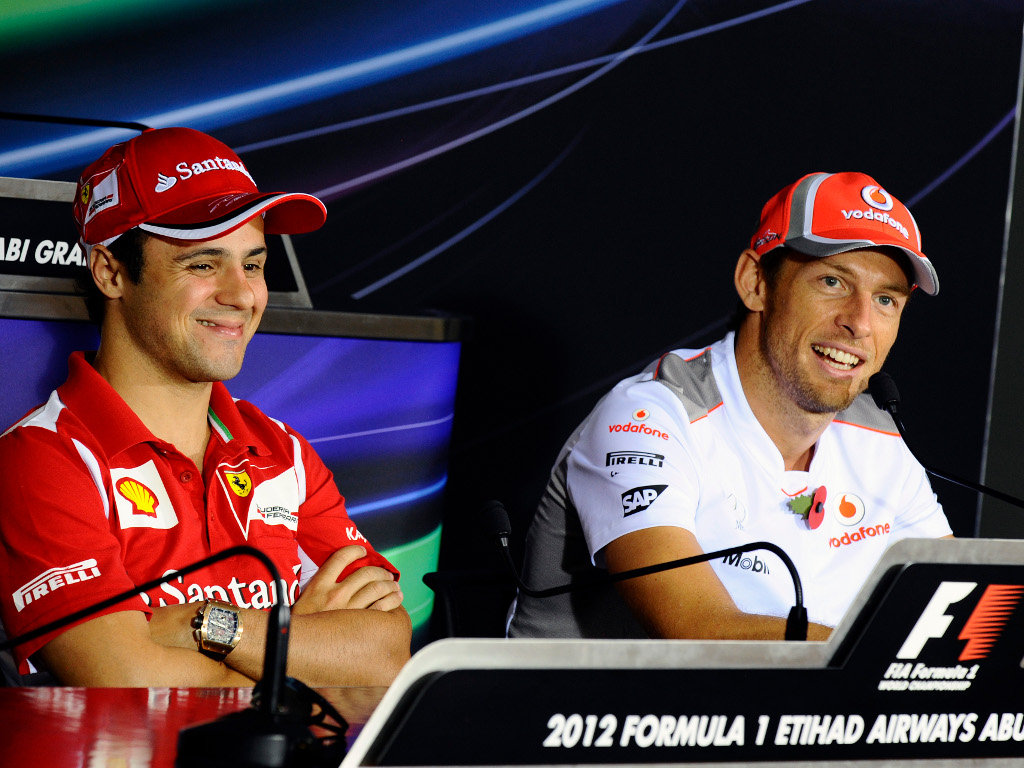 Irrespective of who wins this year’s title, Sebastian Vettel and Fernando Alonso have both been hailed as worthy champions by their rivals…

Irrespective of who wins this year’s World title, Sebastian Vettel and Fernando Alonso have both been hailed as worthy champions by their rivals.

The duo are locked in a fierce battle for this year’s Drivers’ Championship title – which would be either drivers’ third triumph – with Vettel leading Alonso by 13 points.

But with a total of 75 to play for, it is anybody’s guess who will win, although momentum is currently in Vettel’s favour.

“They’ve both done a fantastic job this year,” said Jenson Button, who won the title in 2009 with Brawn GP.

“You would say throughout the season Fernando has probably been – well, he has been, the more consistent.

But while Vettel may have the momentum, having won the last four races and led 205 consecutive laps, Toro Rosso’s Daniel Ricciardo believes Alonso could still fight back.

“I think this season’s been very hard to judge. It’s been a very exciting season and I think anything can happen,” said the Australian.

“So even if it is the case that the package of Vettel, himself and the car, is better at this stage, it still doesn’t confirm a World Championship. You have to get it done on Sunday and there’s still three Sundays to go and things can happen.

“I think they’ve both had a little bit of bad luck this season. I think from now they’re going to go head-to-toe.

“Obviously Red Bull’s been the car to beat in the last four races or so. But I think the pace is always changing and Ferrari’s obviously got some good experience and good people behind them. So I’m sure a surprise is not impossible either.

There was one slightly impartial driver in Thursday’s FIA press conference in Abu Dhabi and the same question was posed to Ferrari’s Felipe Massa.

“I think both drivers have had a fantastic Championship,” he said.

“I think Fernando did an incredible job up to now, Sebastian as well, especially in the second part of the championship, so I think we are not talking about one guy who has many victories and the other one not.
”
I think we are talking about two drivers one of which will win and who we will say deserved it. But anyway, I hope Fernando will win.”