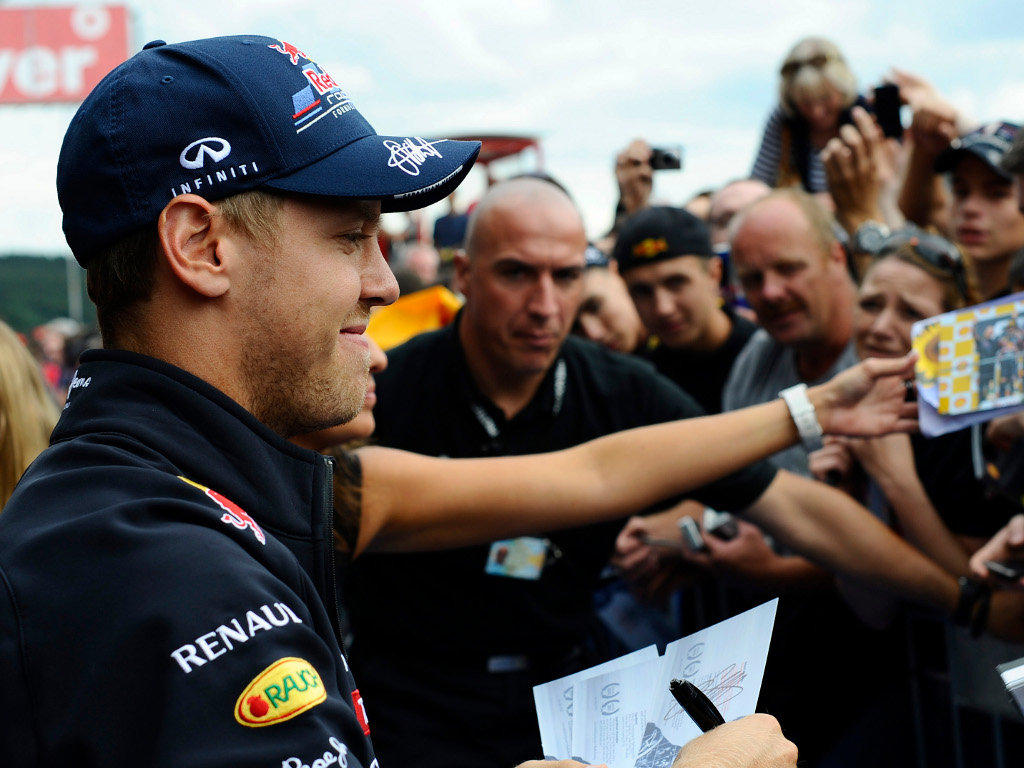 Sebastian Vettel and Lewis Hamilton have reacted to comments from Fernando Alonso that Ferrari are underdogs in the race for title glory.

Despite having three wins under his belt and leading the drivers’ world Championship by 40 points, Alonso remained doubtful about the pace of his car.

The double Champion even suggested he would have a better chance of securing a strong points finish for the Italian team if it rains at this weekend’s Belgian Grand prix.

“In terms of performance, out of the contenders or the guys at the front, we are clearly the slowest,” he said.

“We have the points advantage but we have a performance disadvantage so I don’t think we are the favourite.”

Vettel said: “He’s not just leading because someone wrote a cheque and gave him that amount of points. I think he deserves to lead.

“Obviously if you look at the beginning of the season and then winter testing, Ferrari seemed to have a lot of problems and then they got their act together and built a very competitive car. And they have been competitive in all kinds of circumstances and conditions.

“I think they deserve to be in that position and if you look at the last couple of races, they were always quick enough to finish on the podium and sometimes to win races.”

Hamilton, currently fourth after his victory in Budapest last time out, echoed Vettel’s statements and suggested Alonso was simply playing games with his words.

“He would say that wouldn’t he!?” said Hamilton, “He is just positioning himself in a nice way.

“I could say the same thing: ‘my car is definitely the slowest out of the top four teams, but let’s see what we can do with it.

“I don’t know why he would say his car is not as quick – unless he feels he has taken a step backwards, but I don’t think that is the case.”

He added: “Fernando is still probably the best all-round driver at the moment who is bringing in the points consistently.

“He is finishing every race in the points so he is doing a solid job there and has won several races, so I definitely would not say he has the worst car.”