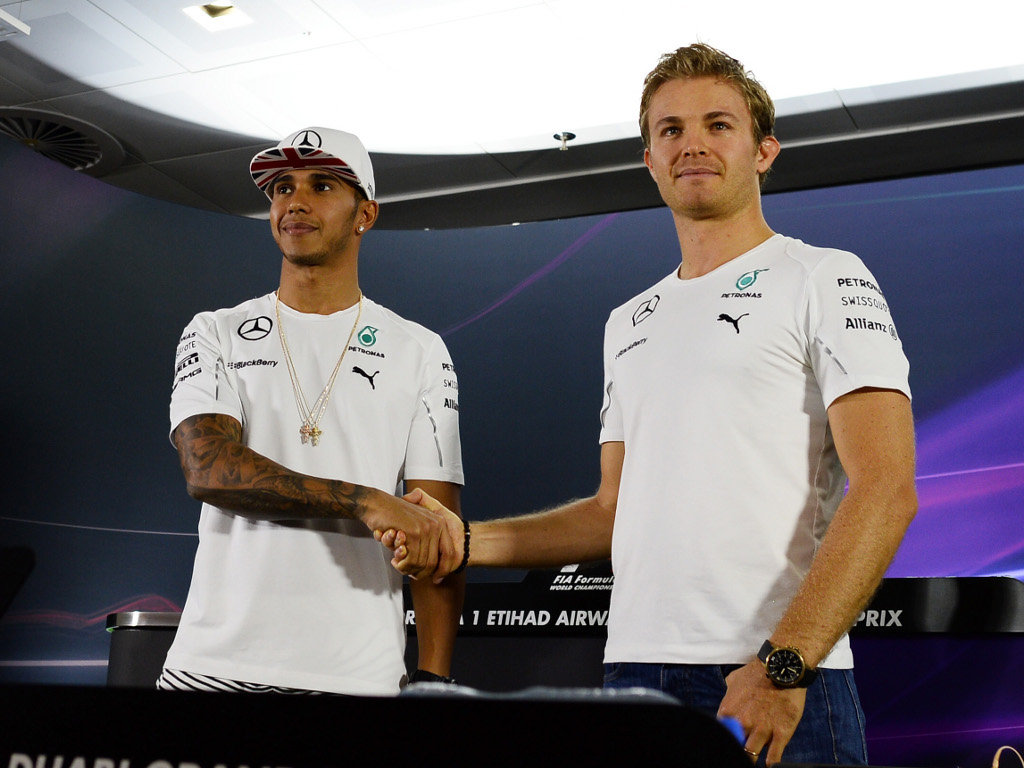 The 2014 Drivers’ Championship will be decided this weekend and Lewis Hamilton and Nico Rosberg are hoping for a clean fight.

Hamilton heads into the season finale in Abu Dhabi with a 17-point advantage over his Mercedes team-mate and Rosberg knows he needs help from others on the track to win the title.

Both drivers, though, will be determined to make sure the battle is without any controversy.

The pair, of course, has history this season as they collided at the Belgian Grand Prix, which ended Hamilton’s race, while the Brit also accused Rosberg of deliberately impeding his final qualifying run in Monaco.

Asked if he felt it would be a clean fight, Hamilton replied: “Yes. I don’t really know what else to say. You always go into the weekend believing it’s going to be the case.

“No [we won’t talk about it]. We don’t need to. It’s been discussed at the beginning of the season and several times through the season and particularly after Spa again. We’re not children. We should know what is wrong and what is right.”

Rosberg, though, issued a warming to his team-mate, saying: “Lewis can do something to keep it clean, which is to drive clean himself. So it’s not like he can’t do something.”

The German will win the title if he wins the race and Hamilton finishes third or lower so he needs at least one other driver to finish between himself and his team-mate.

“For sure, I wouldn’t use the word ‘pressure’ but it’s going to be intense, a great battle. I look forward to it, that’s what I’ve been working towards for a while now, for this sort of chance, this last race here.

“Lewis is a great competitor, an opponent. It will be hopefully a great end to the season. Of course I’m here to try and win the race and then I need a bit of help from Lewis that he doesn’t finish second. That’s it so I’m hoping Lewis can come up with something.”