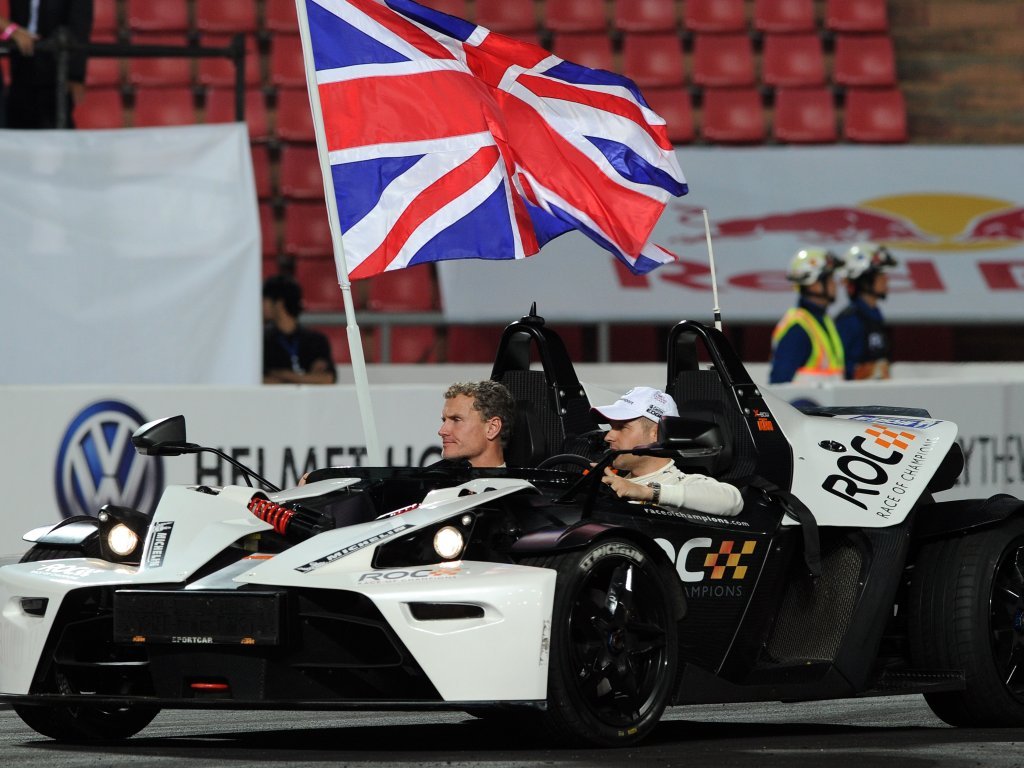 David Coulthard put all his experience to good use to beat youngster Pascal Wehrlein in the final of the Race of Champions in Barbados.

The former F1 driver saw off the Mercedes reserve driver Wehrlein 2-0 in the best-of-three final at Bushy Park on Sunday to take the title.

Thirteen-time grand prix winner Coulthard won the first race by 2.5s in his RoC Buggy and then claimed a 2.7s victory in the Ariel Atom in the second race.

“We’ve had a fantastic week, never mind a fantastic race weekend, so huge thanks to all the wonderful people of Barbados for coming out – and of course to Fredrik Johnsson and his team at RoC,” Coulthard said afterwards.

“I’m retired so it’s lovely to get another trophy, but I think everyone can see that, in Pascal, we have a star for the future. He’s already signed up with Mercedes in F1 as a reserve driver and winning races in the DTM, so motorsport’s in good health with great young drivers like this.

“I’m pleasantly very surprised but I’m slightly embarrassed because there’s such great talent out there. Maybe not racing for two years is the secret! Of course I don’t race any more but, at this event, I had the advantage because being 23 years older than Pascal I’m used to changing gear whereas he was looking for the semi-automatic shift! I think a small rum punch is in order…”

Coulthard reached the final on the back of victory over six-time V8 Supercar champion Jamie Whincup while Wehrlein saw off the challenge of Lotus junior driver Esteban Ocon.

“It was a pleasure for me to be here and to drive in the Race of Champions,” Wehrlein said. “It was so much fun but, in the end, David did really well. I couldn’t beat him – maybe because for me it’s a bit tough to drive a manual shift car with a clutch and everything.

Having beaten Barbados 2-1 in the semi-final, Scottish pair Coulthard and Wolff fell by the same margin to Kristensen and Solberg, who beat French pair Romain Grosjean and Ocon earlier in the day.