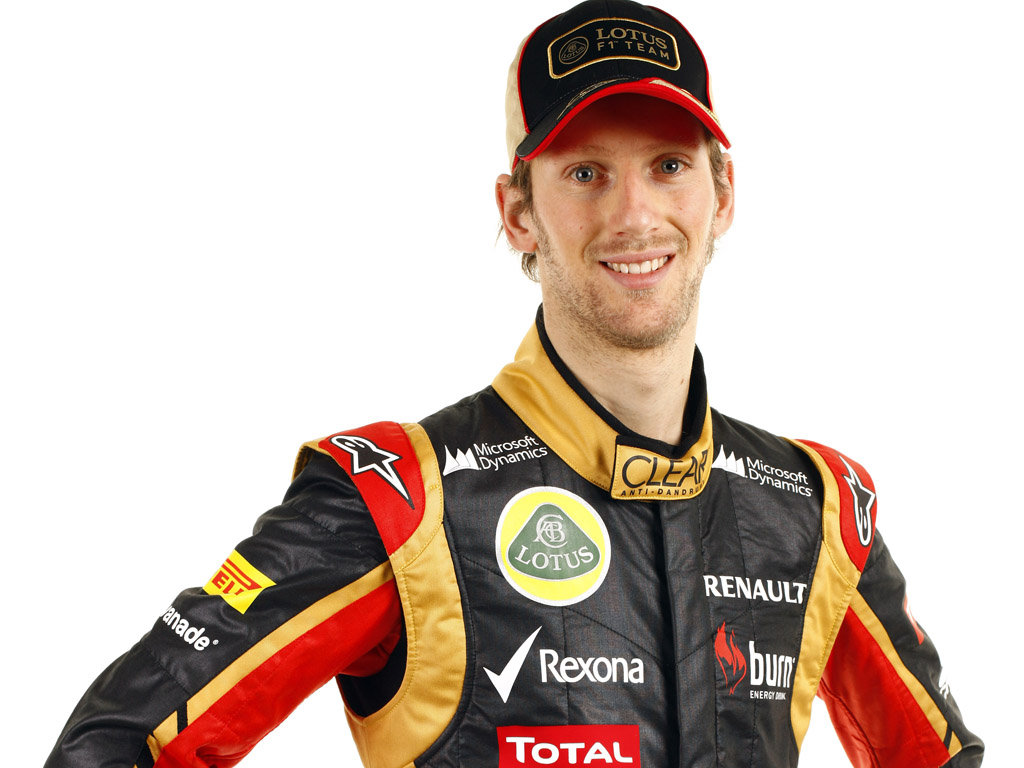 Lotus driver Romain Grosjean talks about the year ahead and what he hopes to achieve in his second full season in Formula 1.

How is the Romain Grosjean that starts the 2013 season different from the Romain Grosjean who started the 2012 season? How have you changed?
Romain Grosjean: “Well first of all I’m older! No, it’s clearly different for me this year. I have much more experience in Formula 1 and even if I knew the team before, I now know how to work with the engineers much better on the technical side. I also know all the tracks and understand better the various challenges of a season. Generally things worked out pretty well, although some things didn’t always turn out as good as we wanted. It’s going to be very interesting to start the new season.”

What are your targets or objectives for 2013?
RG: “I can clearly say I want to score a lot of points for the team – everybody knows that – but I think it would be wrong for me to say I want to finish in a particular position in the championship. I really want to jump out of the car as many times as possible thinking that I did a good job. Knowing that everything I could do, I did, and feeling proud of my race or session. I hope to feel that way as many times as possible this year.”

What did you learn most last season?
RG: “It’s tough to pick just one thing. You start your career in Formula 1 thinking ‘Okay, that’s a new challenge, a tough challenge’ but then you work into the season and you think ‘Whoa! This challenge is even bigger than I thought!’ All the elements of a Formula 1 season including the travelling – energy-wise, managing the jet lag – the media and marketing stuff, the physical demands and preparation for driving the car are quite something. I know what I need much better now and that’s what I’ve learnt from last year.”

How good did it feel to finally get confirmation for 2013, which came very shortly after you became the ‘Champion of Champions’ at the Race of Champions?
RG: “There were a few things which we had to go over before a decision was made and for sure it wasn’t nice waiting, but it was certainly very nice to get the confirmation. The timing was good too; just after the Race of Champions win, which was a coincidence. It allowed me to have a much better winter.”

How much input have you had on the E21? Did you have a wish list of what you would like?
RG: “All through last year, the feedback given about the E20 was interpreted by the development team for the E21. This means there’s a lot of information from me and Kimi which went into this car. It’s difficult to say after the season ‘we would like this or that’ for next year. I think it’s more about the work done during the whole season; discussing this or that, or an idea about this or that. After twenty races you know more-or-less what has been good with the car and what hasn’t. Hopefully we’ve made the right calls for this year.”

How exciting have the developments been behind the scenes at Enstone?
RG: “I like the development process and I really like seeing the new car ‘growing up’. You see the first design, you see it being tested in the wind tunnel and then finally after a long time you see the finished car. It’s very interesting and I really like to follow it and understand as much as I can, without being an engineer. It’s always good.”

Do you think you have a point to prove in 2013?
RG: “I think everyone is waiting to see if I’m able to be consistent, which is where I was lacking a little bit last year. I know it and I’ll do everything I can to prove to people that I’m able to achieve this goal.”