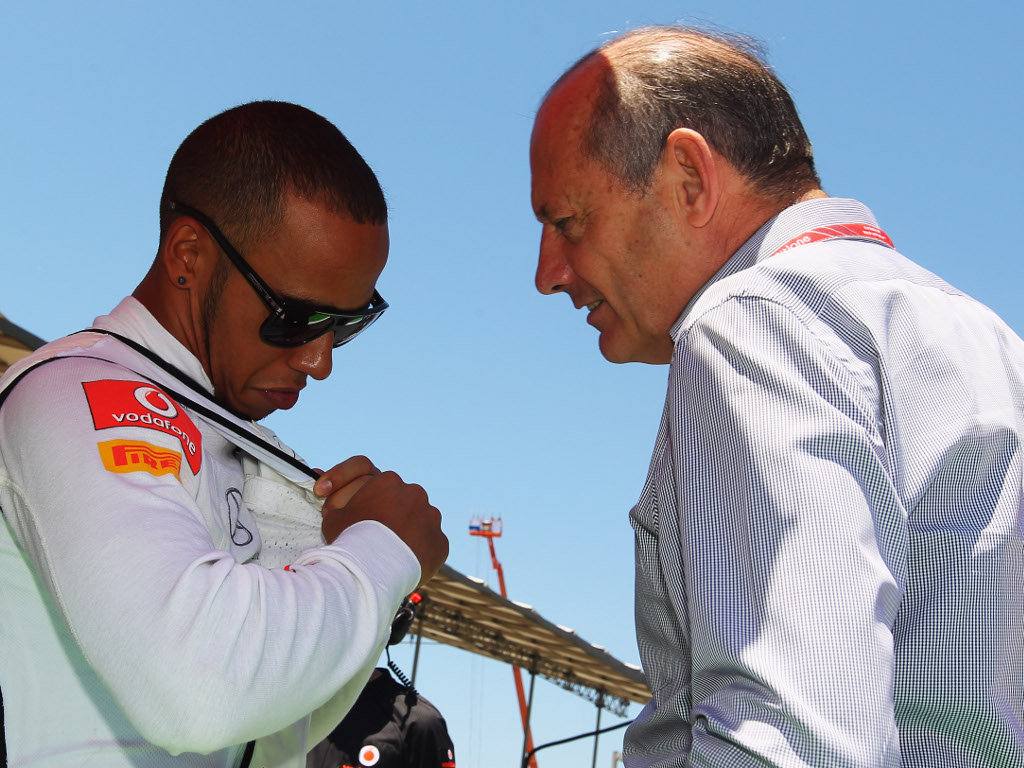 In a frank interview, Ron Dennis has revealed that he didn’t try to stop Lewis Hamilton from leaving McLaren at the end of last season…

In a frank interview, Ron Dennis has revealed that he didn’t try to stop Lewis Hamilton from leaving McLaren at the end of last season.

The 2008 World Champion ended his long association with the Woking squad by signing a long-term deal with rivals Mercedes, but before he put pen to paper McLaren fans had hoped that his former team boss Dennis would convince him to stay.

However, McLaren executive chairman Dennis says he didn’t stand in Hamilton’s way as he felt it was “a necessary part of his maturation”.

“I recently read a very nice quote from Lewis in which he said that, unlike other drivers who had joined McLaren once they’d already raced in F1, his apprenticeship with the team in his youth meant that he was a seed that had grown within McLaren, which I thought was an extremely eloquent way of putting it,” he said on the McLaren website.

“Lewis knows that he’s part of the McLaren family and that, like that seed, he’s grown deep roots within our organisation.

“Last year I didn’t seriously seek to prevent his efforts to explore new pastures with the Mercedes AMG F1 team – perhaps it was a necessary part of his maturation – but I’ll always remember his time with us very fondly, just as I’m very proud of having been McLaren’s CEO and team principal when he became World Champion with us in 2008.”

Dennis was the one who brought Hamilton to McLaren and he also handed him a race seat in 2007, and the Briton quickly paid him back as he finished second in his debut season and then went on to claim the title the following year.

“I don’t think anyone could have predicted the impact he’d make on F1 when he first arrived,” Dennis added. “Certainly, although we’d signed him on the basis that he’d be quick, we’d anticipated that his first season would be an apprenticeship, and that he’d be learning on the job, and that there would inevitably therefore be mistakes and errors.

“The fact that he adapted so quickly was not only a mark of his hunger and ability, but also a tribute to the quality of the education and support that McLaren had spent so many years providing for him. While it wouldn’t be unfair to call Lewis ‘an overnight sensation’ in F1 – and many understandably did – we at McLaren know that it took many years of unseen hard work to make him one.”