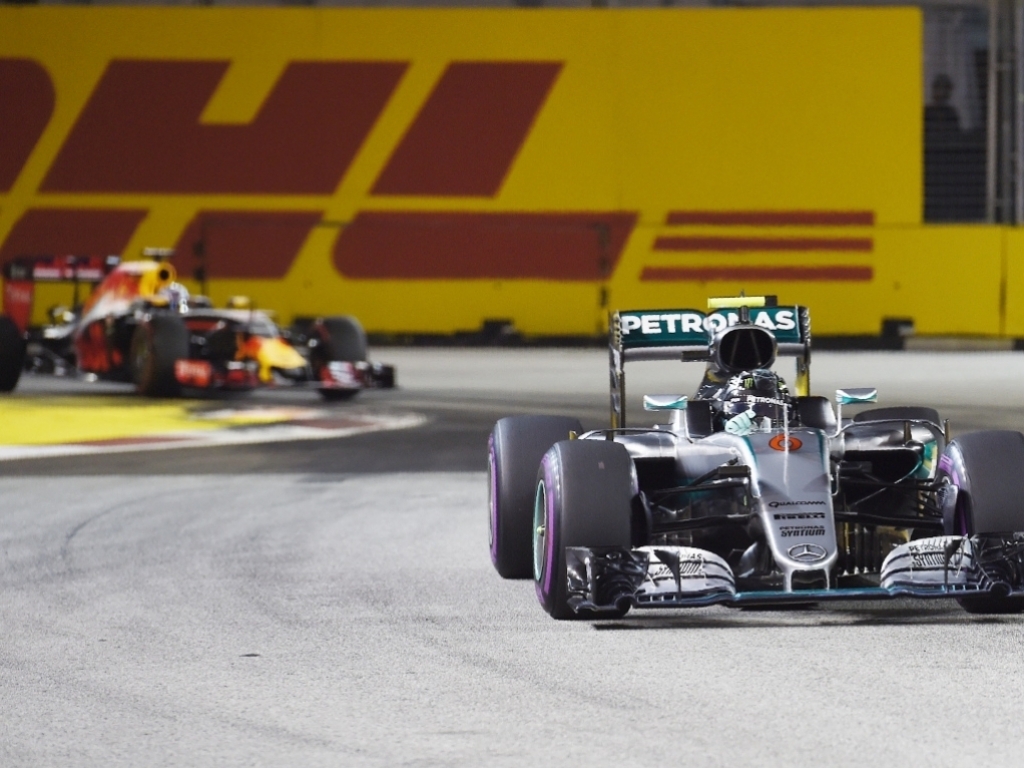 During his post Singapore Grand Prix video blog, Drivers' Championship leader Nico Rosberg admitted that Red Bull’s decision to pit Daniel Ricciardo for a set of supersoft tyres at the end made him feel on edge.

Despite a brakes problem he and his team-mate Lewis Hamilton encountered during the race, the German drove flawlessly and led from pole to claim his eighth victory of the season.

With the Australian going on supersofts late into the Grand Prix, Rosberg’s two-stop strategy went under threat but managed to cross the line 0.4s quicker than his rival.

"Red Bull tried something really funky and went for the late pit stop to come out with some fresh tyres," he said in the video.

"They tried to challenge me until the end of the race, and that was a bit uncomfortable. In that moment, I did not really know where Daniel Ricciardo was and how quickly he was catching me.

"It did not really matter because what I had to do was to get my head down and just push and get the best out of it, go as fast as I can.

Going into the race with a two-point deficit, Rosberg leads the Championship table by eight-points following Hamilton’s P3 result.