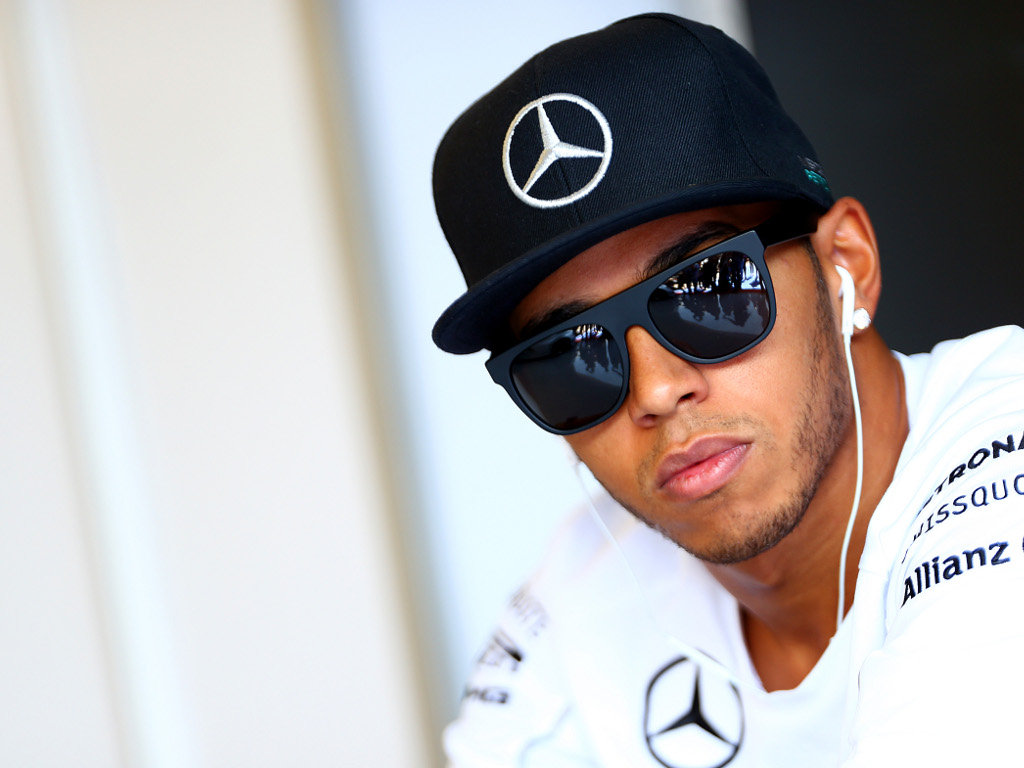 Teamed up with his boyhood rival, Lewis Hamilton reckons Nico Rosberg was in a fortunate position of always knowing that he would enter F1…

Teamed up with his boyhood rival at Mercedes, Lewis Hamilton reckons Nico Rosberg was in a fortunate position of always knowing that he would enter F1.

This season Hamilton and Rosberg, who raced against one another as youngsters, have once again found themselves fighting for the top prize in a racing series.

The Mercedes duo are the most likely – and probably the only – candidates to win this year’s Drivers’ Championship title given their team’s epic start to the campaign.

The duo have won all but one of the first eight grands prix with six of those being 1-2 results. As such, Rosberg is leading the Championship by 29 points over Hamilton.

The Brit has been taking a walk down memory lane in the build-up to his home race, the British GP, remembering the days before the Mercedes team-mates were in Formula 1.

“Nico would say ‘when I’m in Formula One’, and for me it was ‘if I ever get to Formula One’. Because obviously Nico’s dad was a Formula One driver – he knew he was going to make it. For us, we never really knew what was going to happen, we just kept at it.”

The road to Formula 1 was not an easy one for Hamilton despite being guided every step of the way by his father Anthony.

Recalling his father’s training methods, the 29-year-old admits that while his rivals as a youngster have had the money, he was the one who had the speed.

Hamilton said: “He [Anthonyy] would find the quickest guy, either Mike Spencer or another called Niki Richardson, who was British Champion at the time. He had John Button engines and they were so fast compared to everyone else’s.

“Dad would find where Niki was braking and he would walk a few metres later and make me brake there, and that’s how I became a late braker. Eventually I realised I could brake even later than everyone else.

“I was just faster. I don’t really know what else to say. Some of them had more money than us. They were all quick but I somehow just beat them, as unhappy as their parents would get. Parents get so aggressive, they’re so involved.

“Eventually you need to be faster. That’s what got us to places, because by showing that progress eventually people would sponsor the chassis, or give us decent parts.”

Hamilton is hoping to demonstrate those lessons learned this weekend at Silverstone, who he chases his second British GP victory.

“I’m definitely gunning for Silverstone,” he said. “Last year I was more hopeful than ever since I won at Silverstone [in 2008].

“It was definitely gutting to not win, to not bring it home for the country and for the fans, although I came through from last to fourth. We have another chance this year and I’ll be doing absolutely everything to make sure we’re in front.”

The end goal, though, is the title.

Asked how he would feel if he ‘fails to win the title’, the 2008 World Champion said: “That’s not really something I want to think about. Why would I even consider it? It’s all about positive energy.

“I’m going to get up and I’m going to train and get to that race next week and be P1, P1, P1. Positive thoughts create positive actions.”