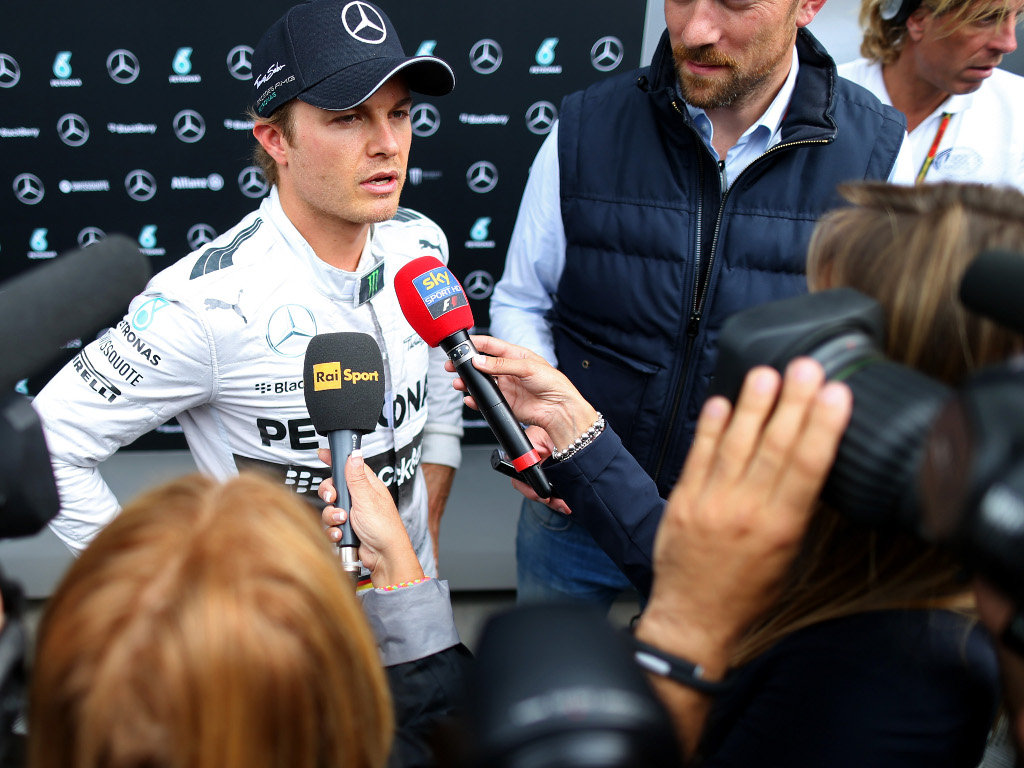 Nico Rosberg feels Lewis Hamilton’s spin in qualifying “definitely cost” him as it meant the German had to back off.

Although many expected Mercedes would dominated Saturday’s qualifying for the Austrian GP, it was a very different story when it all panned out.

A mistake from Hamilton on his final run meant the British racer did not complete a lap time. It also meant that Rosberg, who was behind him on the track, was not able to put in his final lap with the Championship leader backing off.

As a result, Williams claimed the 1-2 on the Red Bull Ring grid while Rosberg will start third.

“I definitely didn’t expect the Williams to be ahead of me today,” he said,” but they did a good job.

“It didn’t come together perfectly for me today and I lost out on that last lap with Lewis spinning in front of the corner so I couldn’t do that lap.

“You have to lift of two-tenths of a second and doing that, two-tenths you have to do three-tenths and it’s just would not have been possible to improve on my lap time.

“I backed out of it and that definitely cost me today but that’s the way it is.”

The German, however, believes he can launch an attack from third place and will be looking to extend his 22-point advantage in the Drivers’ standings come Sunday afternoon.

“Third place is okay and it’s okay to start from there tomorrow as I have a quick car for the race.

“I’m looking forward to it and I’ll make the most of it.”