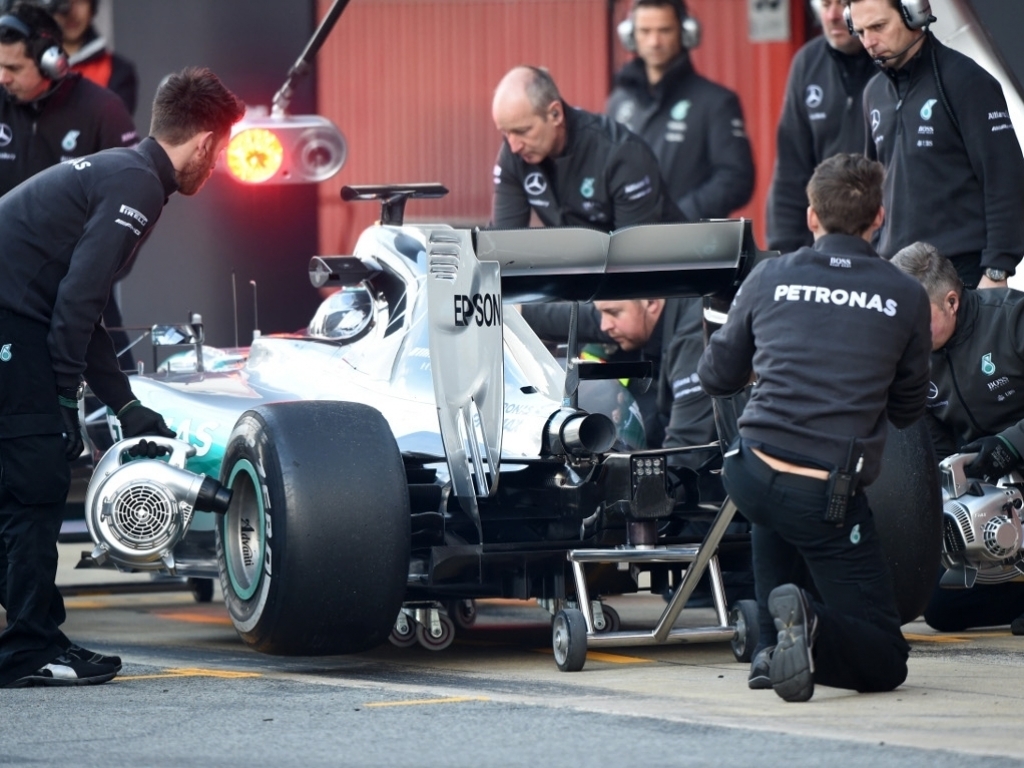 Mercedes fired a warning shot at their rivals in Spain on Friday as Nico Rosberg's very first timed lap on the soft tyres saw him destroy the competition.

Up until Friday's running, the third last day of pre-season test, Mercedes had focused mainly on developing their W06 and working on reliability.

That changed on Friday afternoon when, for the first time during winter testing, a set of soft tyres was bolted to Rosberg's Mercedes. And what a difference it made.

Felipe Nasr, who was quickest at lunch, dropped to third place ahead of the Ferrari of Sebastian Vettel. The latter was 2.547s down.

Jenson Button had a much improved day compared to Thursday. On the opening day of the final test he amassed just seven laps whereas on Day Two he covered over 100 with a best time of 1:25.590.

It was undoubtedly McLaren-Honda's best day of the pre-season but did end with a red flag as the MP4-30 stopped out on track at Turn 7 just 20 minutes before the close of play.

Pastor Maldonado, who caused the day's final red flag when his E23 stopped at the pit entry with a minute on the clock, was sixth quickest ahead of Max Verstappen, who had an early shower due to an "electrical problem."

But, as Toro Rosso pointed out, the Dutch rookie was "still smiling though, he's happy with his 139 laps."

Daniil Kvyat brought his RB11 home in eighth place having once again caused a stoppage.

Bringing out the red flags in the afternoon's session, the first of the day's three, Red Bull reported that it was a "pre-cautionary stop on track to check a hydraulic sensor issue."