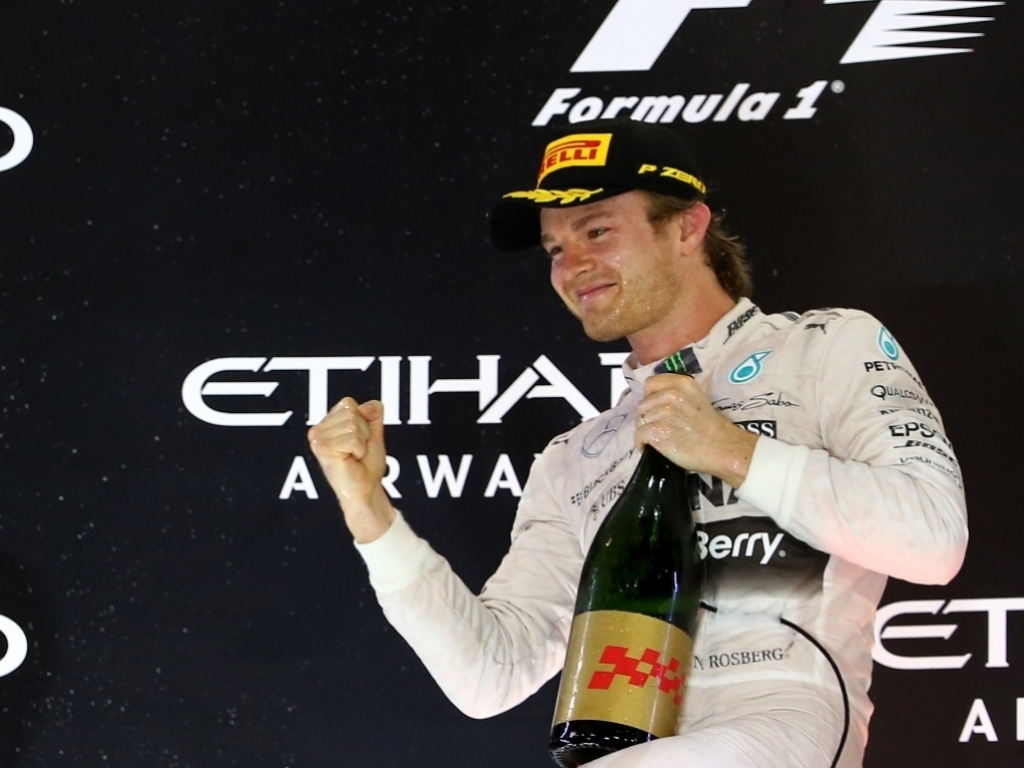 Having concluding his 2015 campaign with a hat-trick of wins, Nico Rosberg wishes the new Formula 1 season would get underway immediately.

The German raced to the chequered flag in Abu Dhabi as, for the third race weekend on the trot, he turned a pole position into a victory.

This time around it was arguably his most convincing.

Rosberg took a commanding lead over Lewis Hamilton at the start of the night race and finished just as strong, crossing the line eight seconds ahead of his team-mate.

It was a great recovery from the German, who prior to this winning streak suffered his biggest heartbreak of the season when he was not able to prevent Hamilton from securing the title in Austin as he retired while leading.

"Austin was the low point of this season, it was a tough weekend, and since then I've come back a lot stronger," Rosberg said.

"I'm happy about that, excited about how the end of this season went.

"Next year could come at any moment, it could start tomorrow if it were up to me. I don't need any holidays!

"Thanks to my team for a stunning car you have given me today. It was unbelievable and I'm ecstatic."

Sunday's result was Mercedes' 12th 1-2 of this season with the team also securing the 1-2 in the Drivers' Championship with Hamilton ahead of Rosberg.

Pressed on his rivalry with the Brit, who he has raced against since they were children, Rosberg said: "It is always tough to race Lewis. He is doing an awesome job so it is an even better feeling to win against such opposition.

"It is a great battle internally all the time. But I race for such battles and I look forward to more next year."

Rosberg, though, was coy when asked if he would be sitting down to dinner with his team-mate.

"Let's skip that part," he said, "maybe we'll catch up in Amber Lounge later on."

Looking ahead to 2016, the 30-year-old believes Mercedes will once again come out the blocks firing and that hopefully his strong end to 2015 will continue.

"I look forward to it, it is going to be another great season next year and the team will give us an awesome car again.

"Of course we are aware of the threat from the red guys and we don't want them to come too close  and we'll give it everything over the winter.

"I will try keep it going, this current form, at the start of next year."