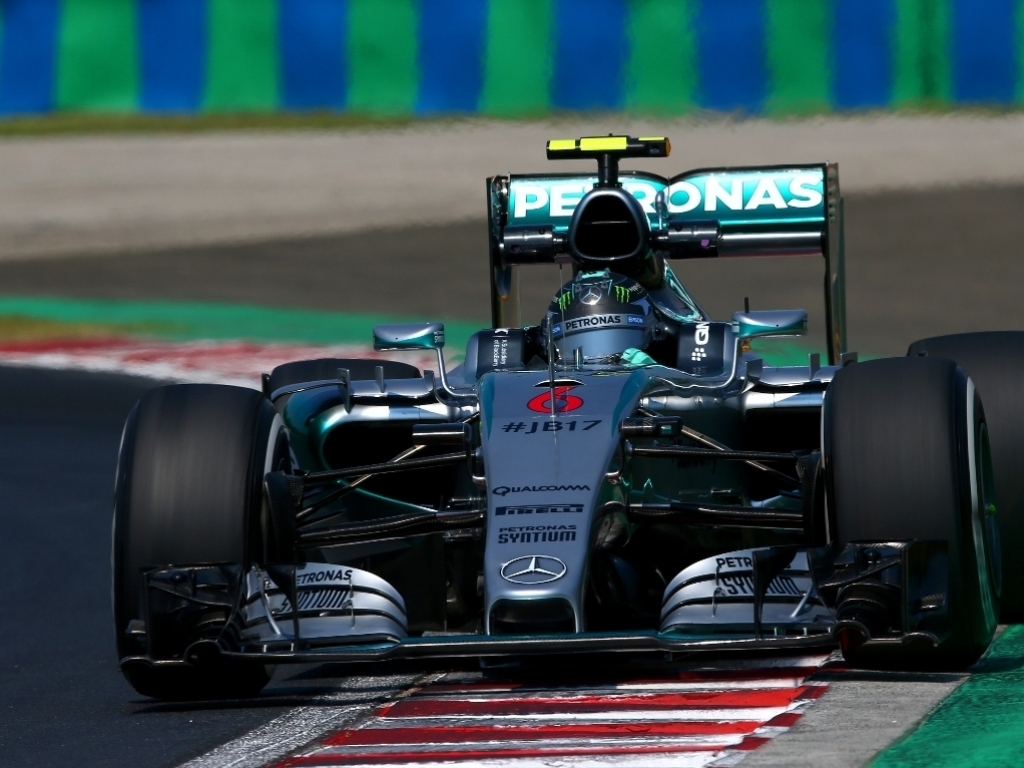 Preparations for the Hungarian Grand Prix haven't been ideal so far for Nico Rosberg, but he is convinced he can turn things around ahead of qualifying and race day.

Rosberg had to settle for second place behind Mercedes team-mate Lewis Hamilton in FP1 as he was 0.109 off the Brit's pace, but he slipped to fourth place in the afternoon session at the Hungaroring.

Not only was Hamilton again fastest, but the German was also behind the Red Bulls of Daniil Kvyat and Daniel Ricciardo as he made a slight error on his first flying lap on the softer tyres.

"I was always chasing my tail, so I wasn't very happy about that and we need to work on that for tomorrow. Tomorrow morning is free practice and I have enough time to get into it and sort it out, but race pace was very good today.

"I'm confident because I always have [turned it around] in the past even when there have been difficulties in a weekend, so it will be okay."

Red Bull showed not only good pace in qualifying simulations, but they were also solid during race simulations.

When asked about Kvyat and Ricciardo's pace, Rosberg replied: "I still think we have an advantage but they seem to be quite close."