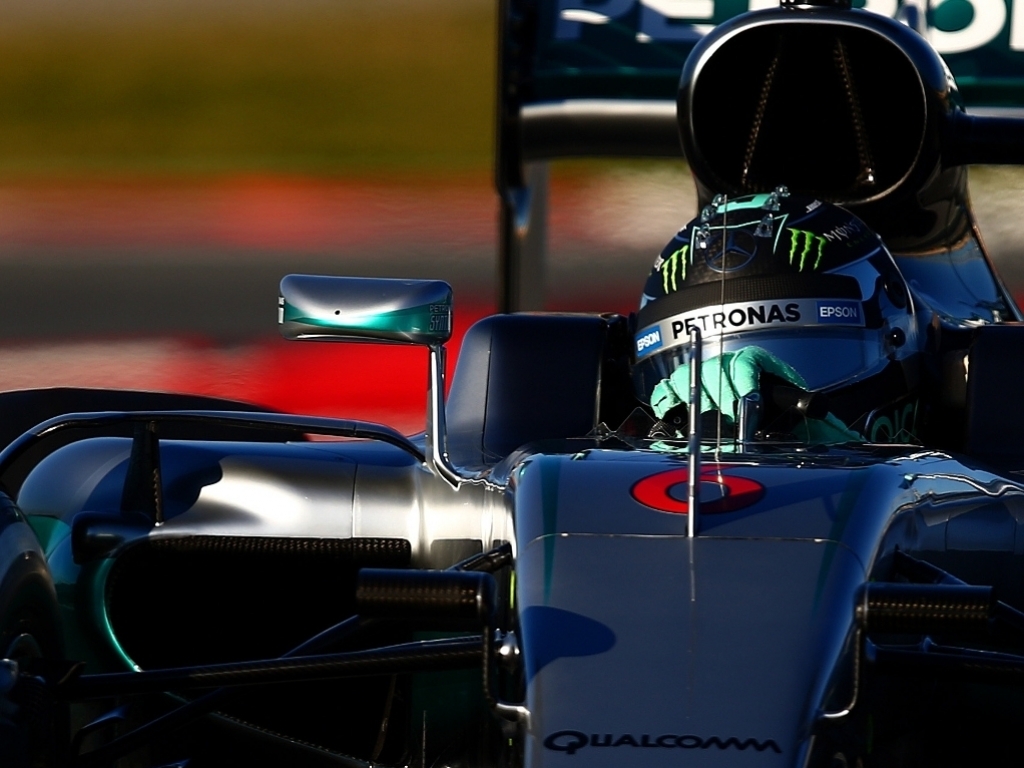 Nico Rosberg set the pace on Mercedes’ first run of the pre-season on the soft tyres, comfortably quicker than Kimi Raikkonen as testing resumed in Spain on Tuesday.

Throughout last week’s opening four-day test Mercedes stuck with the medium tyres. That, though, changed on Tuesday morning.

Rosberg was quickest on the medium tyres before swapping to the softs in the hour before lunch.

The German posted a 1:23.022 to pull well ahead of the chasing pack while his time was just 0.2s shy of last week’s best, which was set by Sebastian Vettel on the ultra-soft Pirellis.

As expected Rosberg was the busiest driver out on track, covering 82 laps. He will hand the W07 over to team-mate Lewis Hamilton for the afternoon’s session.

Raikkonen, who completed 42 laps, was second quickest on the medium tyres, 1.8s off the pace, while Fernando Alonso slotted his McLaren-Honda up into third place.

The double World Champion put in a late effort on the soft tyres to cross the line with a 1:25.252. It was a productive start to the day for McLaren as Alonso managed 50 laps. He did, however, bring out a late red as his MP4-31 stopped at the pit lane exit a minute before lunch.

Valtteri Bottas was fourth for Williams ahead of Max Verstappen, Nico Hulkenberg and Daniil Kvyat. The quartet all posted their fastest times on the medium Pirellis and were separated by less than a second.

Esteban Gutierrez was eighth quickest with Felipe Nasr in the new Sauber C35 ninth. He edged the Renault of Kevin Magnussen by 0.06s.

It was a disappointing morning for Manor as Rio Haryanto managed just one lap before an oil leak kept him in the garage. He emerged just before lunch to add a second lap.