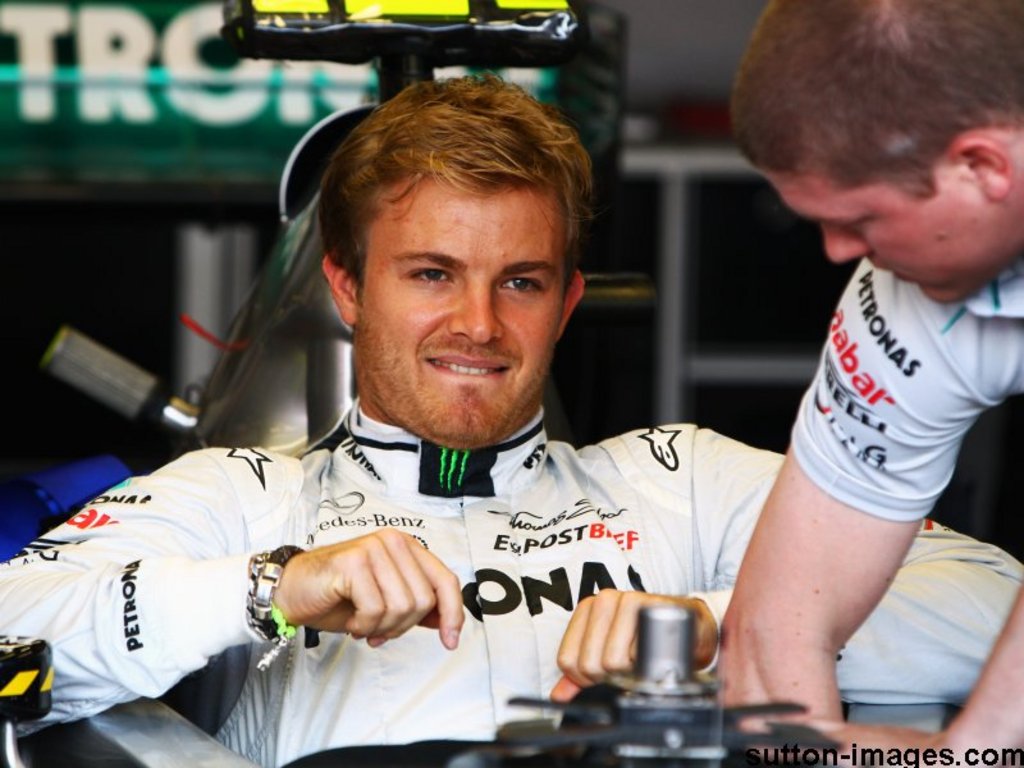 Although Nico Rosberg says he is committed to Merc GP, he has warned that he wants to be in a race-winning position in the “not too distant future”…

Although Nico Rosberg says he is committed to Merc GP, he has warned that he wants to be in a race-winning position in the “not too distant future.”

Rosberg joined Mercedes GP from Williams at the start of 2010, teaming up with Michael Schumacher in an all-German line-up at the German team.

And at first it appeared as if Rosberg would finally get the opportunity to fight for his first F1 race victory as the team had won the Championship double the previous season under the Brawn GP banner.

However, it was not to be.

Mercedes GP took a dramatic step backward in 2010 with team boss Ross Brawn later conceding they were suffering from a Championship-winning hangover.

And although more was expected from the outfit this season, Mercedes GP’s W02 has so far failed to deliver with neither Rosberg nor Schumacher reaching the podium.

But despite his lack of race wins, Rosberg has been linked to big-named teams such as Ferrari, who are reportedly interested in signing the former Williams driver.

“Obviously there is interest from other top teams, which is a good thing for my career for sure. But that is about it at the moment. There is nothing more than that,” Rosberg told Autosport.

However, the German did warn his team that he wants to be in a race-winning position in the near future.

“The next step is to be in a car where I can win races in the not too distant future – whatever step that may be.”

But, having said that, he insists he’s not impatient to get to that position and is committed to building the Mercedes GP team.

“To start off, the answer on that is that I am driving for Mercedes GP as a German, and I am part of the process of building up this team,” he said.

“I have the opportunity to help lead this team – so it is pretty clear that it is a fantastic opportunity. I would never say that I am uncomfortable or something.

“Additionally I feel very comfortable in the team because there is a great bunch of people, so all in all it is a nice situation to be in, to be part of this project and part of this challenge. But of course, I am a racing driver – and above all I would like to win races.

“I wouldn’t say I am impatient for it, but I hope that it will come soon – and that is why I am pushing hard at the moment. As always.”