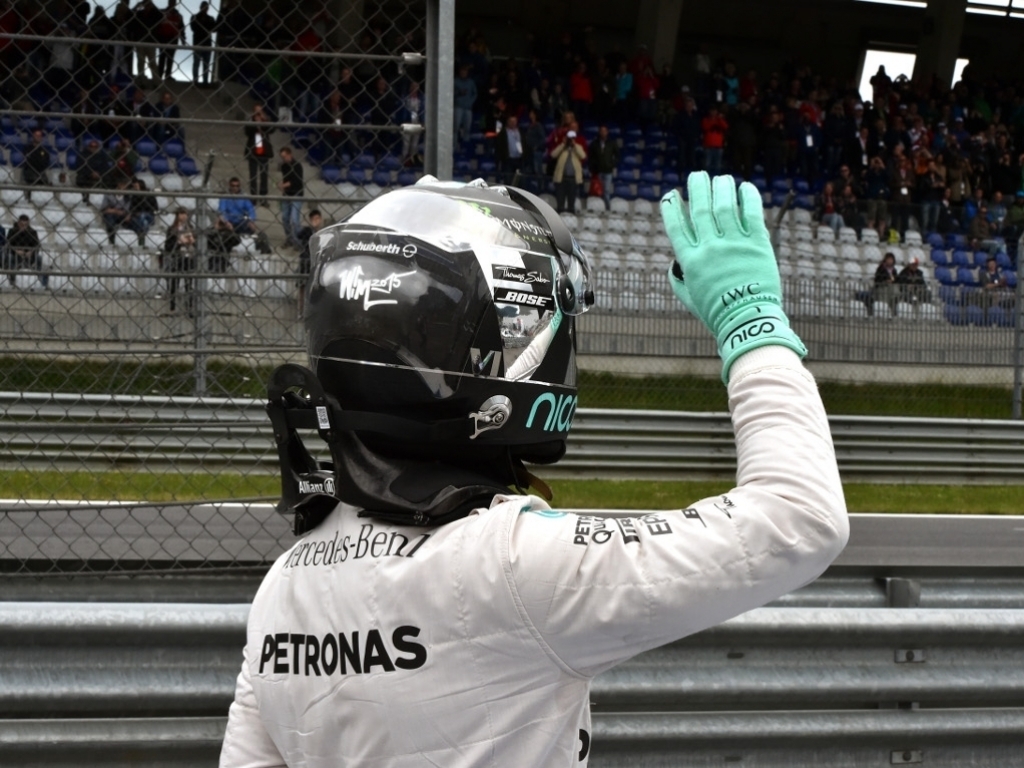 Nico Rosberg concedes "overdoing it" during his final run in qualifying probably cost him pole position for the Austrian GP.

With Mercedes team-mate Lewis Hamilton on provisional pole after a 1:08.455 earlier in Q3, it meant Rosberg had to go all out in his final lap. He even received a bit of help as Hamilton couldn't complete his lap after spinning at Turn 1.

However, the German then made an error of his own at the final corner as he went into the gravel, costing him the chance to claim pole.

"I’m not sure actually [what happened]," he said after qualifying. "I mean I went on the Astroturf at the second to last corner. Maybe that was still a bit wet or something or I just overdid it after that, I just lost it into the last corner.

"Definitely gutted. Lewis was exactly two tenths faster than my laptime, and I was two tenths up to that point. I knew I had to go for it, because it was very, very close so I overdid it.

"This track is quite difficult, you got to get the braking right. You have to attack to get the laptime, and somehow it’s just very challenging and easy to make mistakes."