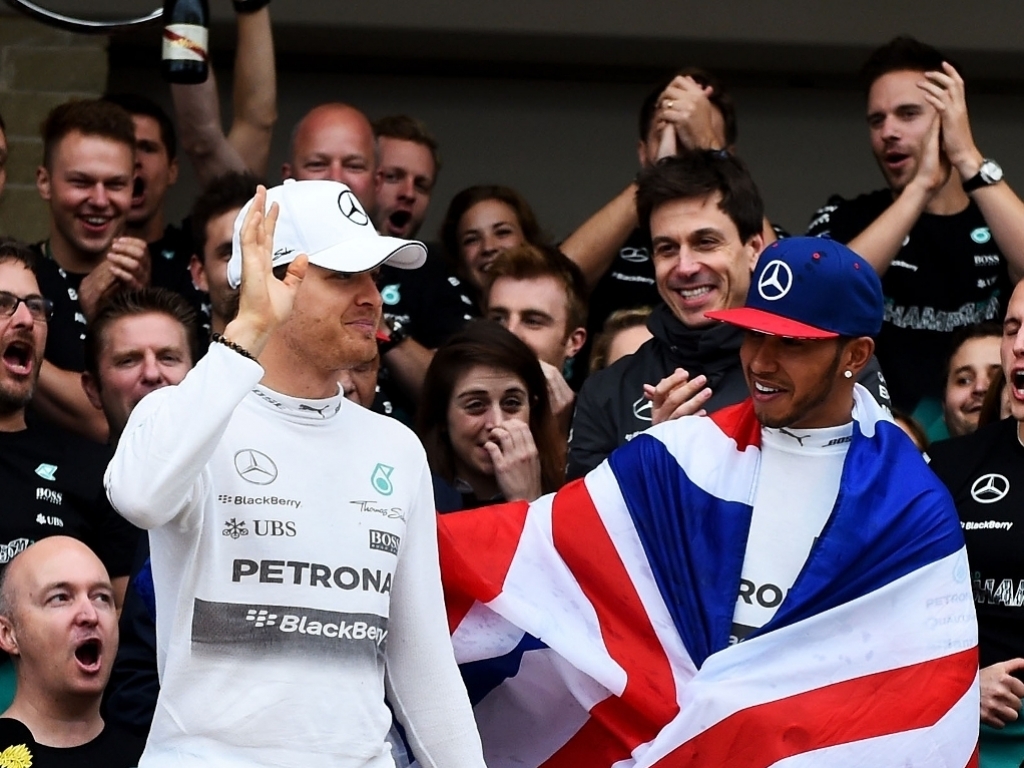 Nico Rosberg insists throwing the cap back at Lewis Hamilton in Austin was “nothing, just typical games.”

After losing the United States GP – and the World title – to his team-mate a video of Rosberg appearing to vent his frustrations made the rounds.

Hamilton tossed the runner-up’s cap to the German as he prepared for the podium ceremony only for Rosberg to throw it back at him.

This raised eyebrows, however, Rosberg insists it wasn’t a big deal.

“The cap was nothing, just typical games,” he told the official F1 website.

As for what he needs to do in 2016 to dethrone Hamilton, Rosberg says that is for another day.

“I haven’t thought about that yet. I’m still in today and today’s a disappointment. I don’t know. What am I going to say to that?

“Whatever happens in the past doesn’t change me going forward. It’s always full attack, big push, that’s the way I am.”

Despite his disappointment Rosberg later celebrated with Mercedes before reportedly partying with Hamilton.