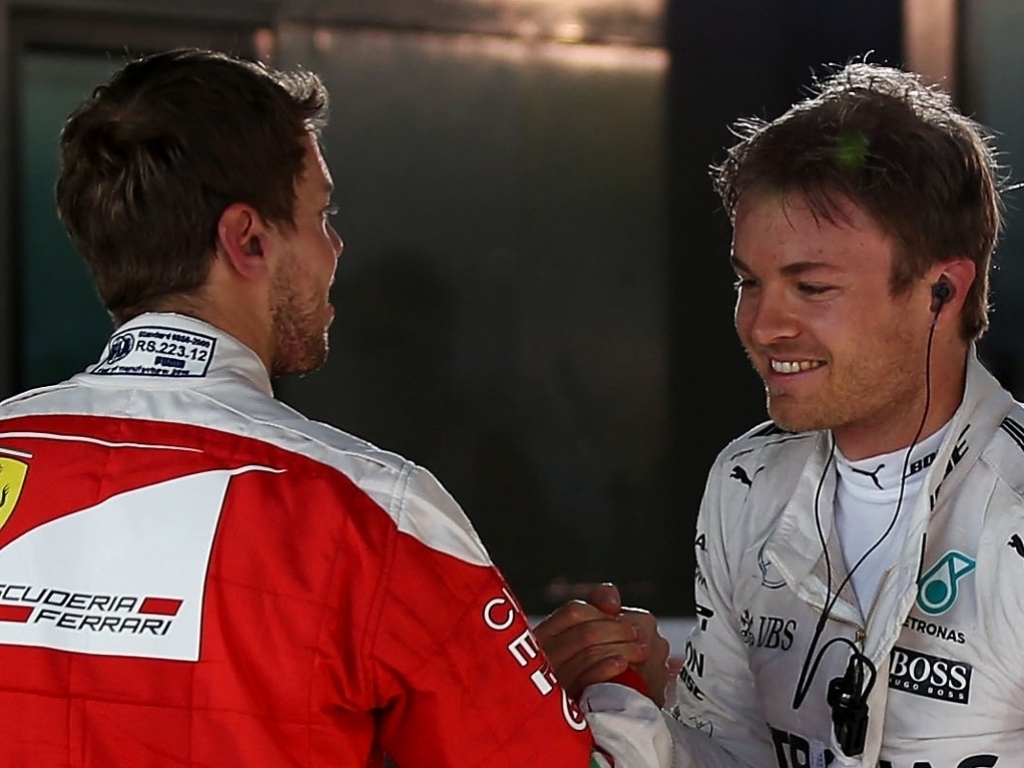 Although Nico Rosberg is “happy with Mercedes”, he has refused to rubbish speculation that he could be off to Ferrari next season.

Earlier this week, in the wake of his Spanish GP clash with team-mate Lewis Hamilton, Corriere della Sera reported that Rosberg is ‘flirting’ with Ferrari.

The Italian website claims that the Scuderia are keen to put Rosberg on the bill alongside Sebastian Vettel for the 2017 championship.

The Mercedes driver, who leads the Drivers’ Championship by 39 points ahead of Kimi Raikkonen, failed to deny the rumour.

“I’m happy with Mercedes, but we’ll see what the future holds,” the 30-year-old said.

As for Vettel, he too would not say one way or the other as to whether there was any truth to the report.

Asked about Rosberg ‘flirting’ with Ferrari, he told ESPN: “As long as he’s not flirting with me it’s good news!

“Everything else you need to ask our boss which is Maurizio [Arrivabene].”