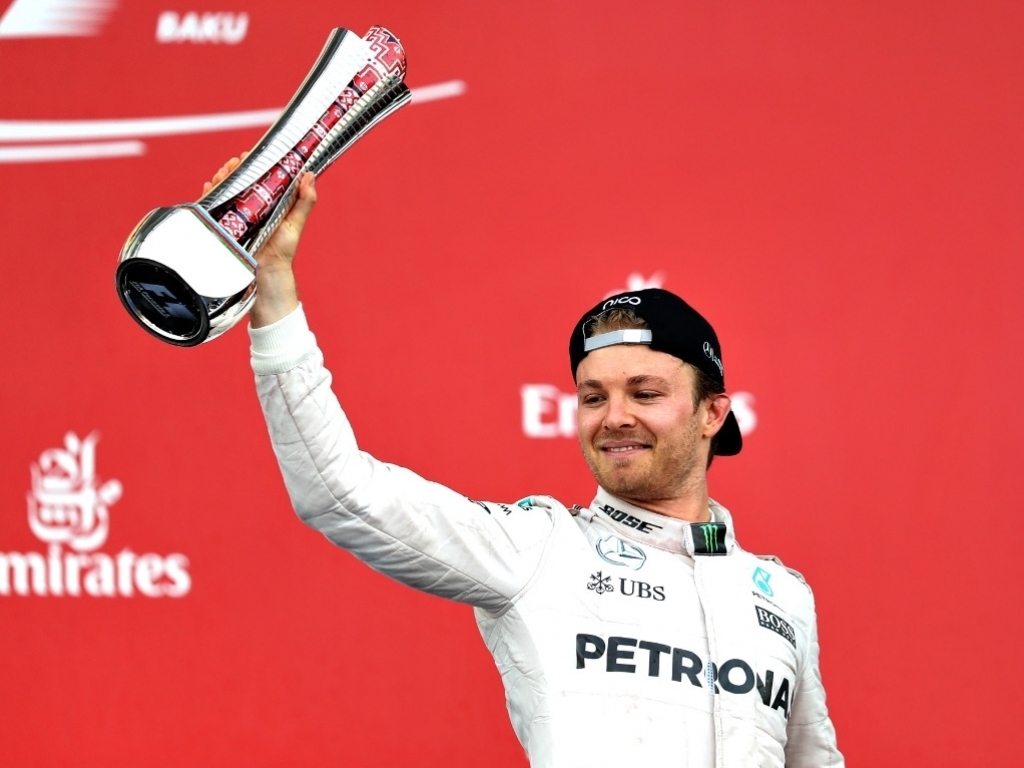 Nico Rosberg put some breathing room between himself and Lewis Hamilton in the standings with his Baku win but is refusing to get carried away.

This season has seen the pendulum swing in and out of Rosberg’s favour.

He began the campaign with a run of four successive grand prix victories to hold an advantage of 43 points over Hamilton.

That run came to end in Spain, a point-less afternoon for Mercedes, which was followed by back-to-back wins for Hamilton while Rosberg was P7 and P5.

Momentum, though, may have swung back in his favour as he romped to an unchallenged victory in Baku on Sunday, taking the chequered flag 17 seconds ahead of Sebastian Vettel.

With Hamilton P5, Rosberg’s advantage in the standings is back up to 24 points.

The German is not getting carried away.

“It’s been an amazing day really, an amazing weekend,” he said afterward.

“To be honest, I’m just enjoying this win. I wanted to win in Baku and I it worked out.

“I’m ecstatic. I’m going to go down to see everybody [in the team] – great celebrations.”

The Mercedes driver also weighed in on the engine setting trouble that both he and Hamilton experienced on Sunday.

But while Rosberg found a relatively quick solution, Hamilton was frustrated as those on the Mercedes pitwall were not able to help him.

“I think I had the same [as Hamilton] but I’m not sure,” Rosberg said. “It was just a matter of getting out of it with the right combination of switches.”