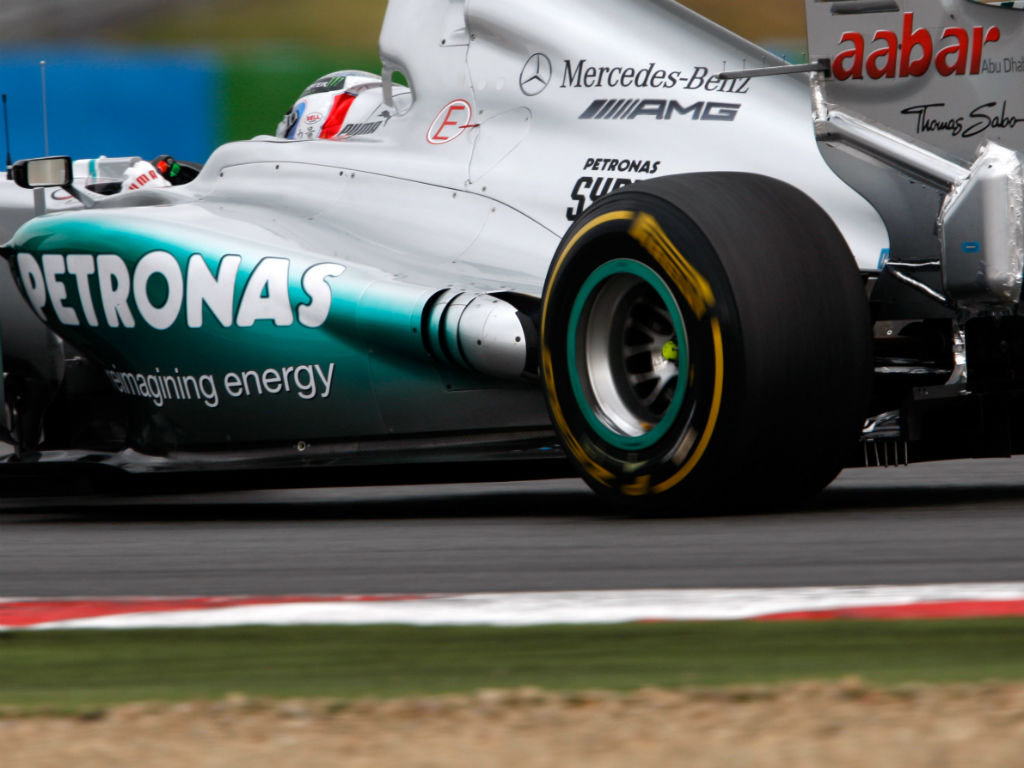 Nico Rosberg believes there is a lot of potential in Mercedes’ new exhaust package, but warns it will take a while before they will see all the benefits…

Nico Rosberg believes there is a lot of potential in Mercedes’ new exhaust package, but warns it will take a while before they will see all the benefits.

The Brackley-based squad tested the revised side-exiting layout – known as the Coanda exhaust – during the Young Driver Test at Magny-Cours a fortnight ago and then introduced it during this weekend’s Singapore Grand Prix.

Although the initial feedback from both Rosberg and Michael Schumacher have been positive, the 27-year-old feels they will “get the most out of it” in races to come.

“It was an exciting weekend for us as a team because we had quite a lot of new parts on the car,” he said in his video blog on the Mercedes website.

“It’s a very complicated development that we’re doing there on the aerodynamics with the exhaust gasses, pointing them in a certain direction so you get hot air on the back of the car which creates downforce so you can go faster through the corners.

“It’s very difficult to direct that air in the right direction and everything so we found out it’s going to take a while to really optimise it. Of course it really benefitted us, it already gave us a benefit this weekend, but it’s going to take some day in the next days and weeks to really get the most out of it.

“So I’m quite optimistic that we can extract a lot of potential out of that. The others are a bit advanced on that already so maybe we can catch up a bit which would be good.”

The upgraded W03 did its job at the Marina Bay Street Circuit on Sunday though as Rosberg finished fifth – his best position since coming second in Monaco at the end of May.

“First time in a long time that everything really worked out for me, it was great,” the German added.

“I had a good start with the new tyres, good strategy with the first stint. The tyre management perfect…that’s what I’m quite pleased with fifth place in the end because it’s a lot of points.”