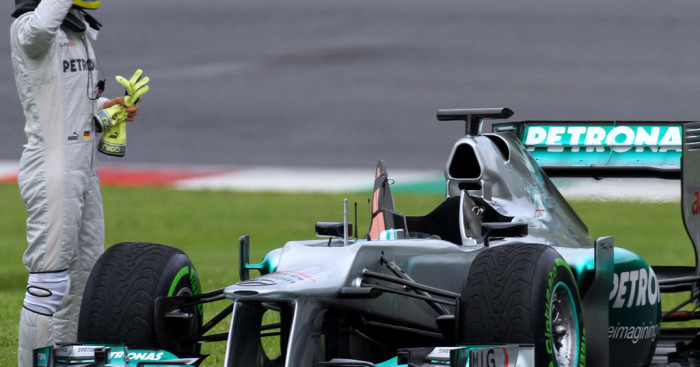 Nico Rosberg is hopeful that conditions will favour Mercedes at the next two races and allow them to challenge at the front again.

After claiming the pole position and race victory in China, Rosberg and Mercedes have been well off the pace at the past two races in Bahrain and Spain.

Although the German started sixth at the Circuit de Catalunya this weekend, he only managed to finish eighth.

The 26-year-old, though, remains optimistic about his and the team’s chances ahead of the Monaco and Canadian Grands Prix.

“I only lost two points on the Championship lead, which is good, and I am still only 20 points away so it’s still open,” he said on his official video blog.

“As long as we can push on and improve, hopefully the conditions in Monaco and Montreal will favour us again. It’s possible, it’s just very difficult to understand how the next race is going to be so we’ll just have to wait and see.”

Rosberg and Merc’s main problems in Barcelona were down to tyre management.

“It was a difficult weekend for us,” he said.

“It is really unbelievable in F1 at the moment – the ups and downs of everybody. That Williams win is fantastic for them and I am very happy for Frank [Williams], his 70th birthday and the win is fantastic stuff.

“For us, it was a much more difficult weekend. It was just tyre management. In qualifying we were eating the tyres and that was why we were struggling more than some other teams like Williams. It was the same in the race.”