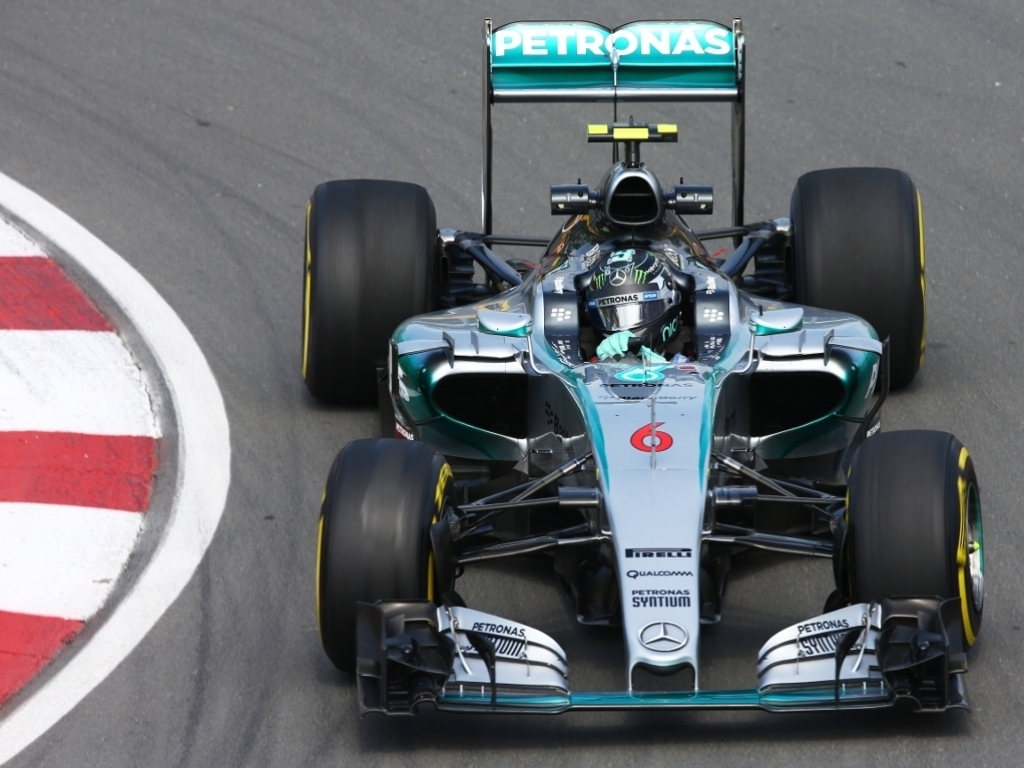 Nico Rosberg is starting to look worryingly in his mirrors as Ferrari appear to have taken another step forward in Canada.

Although Lewis Hamilton topped the timesheets in both sessions, Ferrari made the most of their upgraded power unit with Sebastian Vettel second fastest in FP2 while he was also faster than both Mercs on the longer runs.

Rosberg, who was P2 in the morning and P4 in the afternoon, admits their rivals were pretty fast during Friday's practice sessions at Circuit Gilles Villeneuve.

"Ferrari looked pretty close so we need to look into that," the German told Sky Sports F1.

"I haven't spoken to the engineers yet to know what their real pace is relative to us because we always know what their fuel amount, how much they were turning up their engine, we can see all that. So that means much more than the actual times."

He added: "We ran low fuel with the soft tyre and it’s a bit difficult to warm up the tyre because it’s quite cold temperatures. But balance and everything was okay."