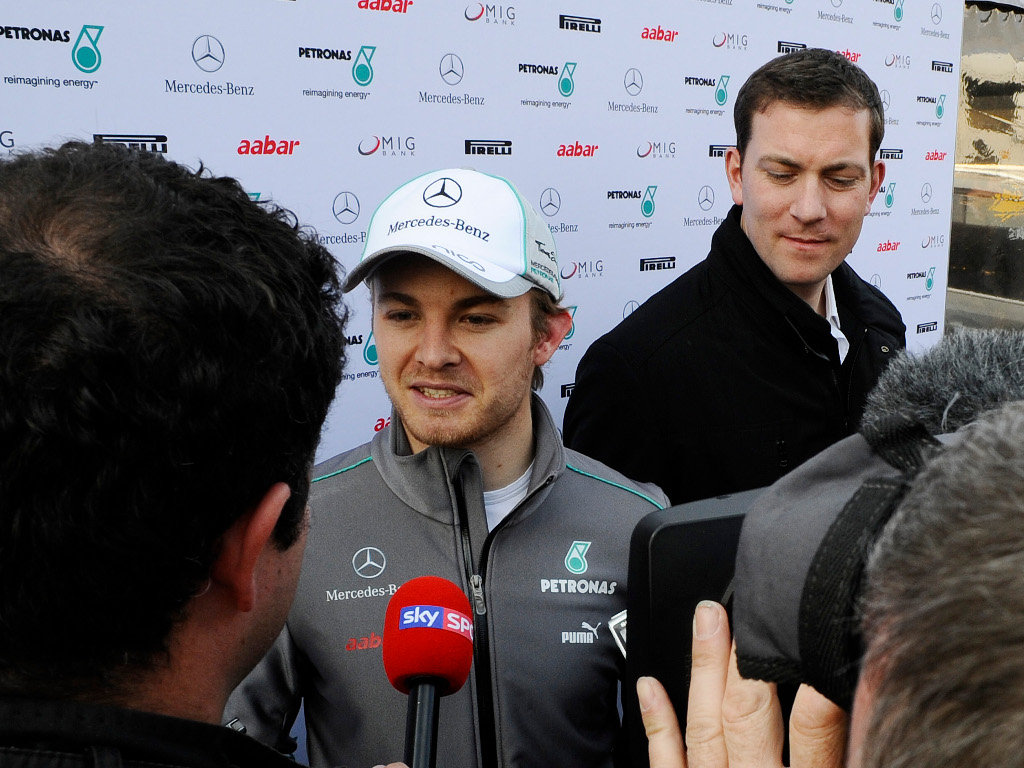 Nico Rosberg is eager for the new season to get underway, confident that Mercedes have taken a step forward…

Nico Rosberg is eager for the new season to get underway, confident that Mercedes have taken a step forward.

The German was in action at the Circuit de Catalunya on Saturday, his last day of pre-season testing as he handed the car over to Michael Schumacher for the final day.

Rosberg, who was 0.838s off the pace, covered 129 laps, finishing with the knowledge that his very next lap in a W03 will be at the season-opener in Australia.

“I’m happy with my pre-season testing programme, and I believe that we have made a step forward from last year,” he said.

“I have been able to achieve a lot of mileage which shows that the car is very reliable, and as a driver, I feel ready now for the first race in Melbourne.

“Unbelievably in the last hours of my test, it was raining! So I have also been able to experience the car in the wet.

“Now it’s exciting to go to the first race and see where we are compared to the others. Finally all the talking stops and the racing starts when we get to Australia.”