Home Uncategorized Rosberg: Focusing on the things I can control 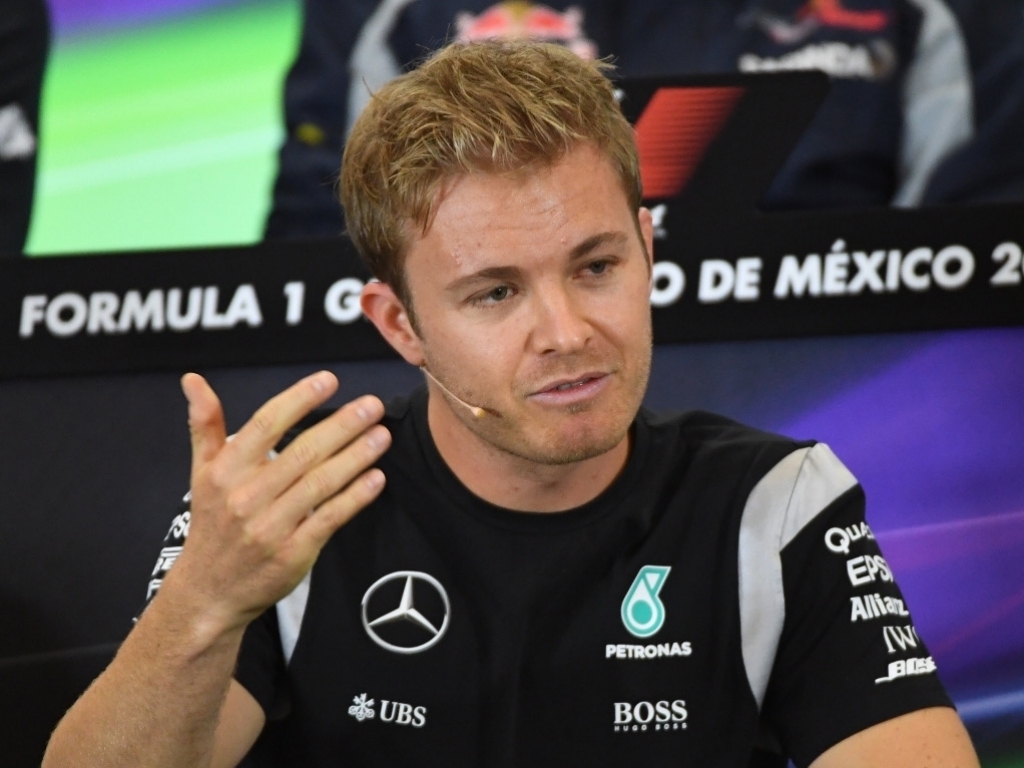 On a weekend when Nico Rosberg could secure his maiden F1 World title, he concedes that it is not within his control, all he can do is focus on winning the Mexican Grand Prix.

Rosberg will line up on the Autodromo Hermanos Rodríguez grid this Sunday 26 points ahead of Lewis Hamilton in the championship race.

As such should he claim the victory and Hamilton fail to score, the German will wrap up the title with an unassailable lead of 51 points with two races remaining.

However, the only part of that in his control is how he performs in Sunday’s race.

“It (the title) is a childhood dream,” he said. “But that’s where my thoughts about it end for now. I have to win the Mexico GP first.

“It’s been a great season to put me in this position, it is exciting to be in this championship position at the end of the season.

“My way of achieving my best performance is focusing on the things I can control, and that is here in Mexico trying to win the race. That is it.

“It’s not within my control if I get it this weekend, so for me it’s about winning the race.”

Rosberg arrived in Mexico in the wake of criticism from F1 supremo Bernie Ecclestone who recently stated that Hamilton makes a better World Champion.

Asked about the criticism, Rosberg told the media in Thursday’s FIA press conference: “I am here to win races, not to please everyone out there.

“There’s always going to be people who have opinions against you one way or another. That’s part of business.

“I prefer to focus on the people who support me and I appreciate all they do.”