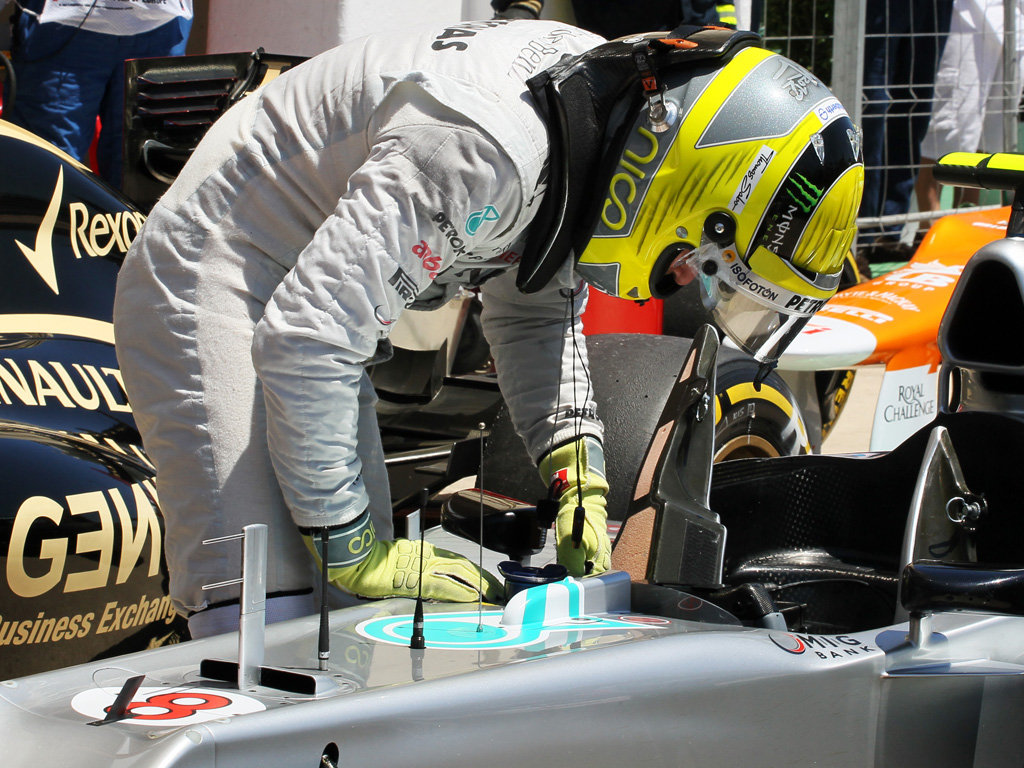 Nico Rosberg was not happy with Lewis Hamilton after qualifying, saying the McLaren driver ruined his final flying lap…

Nico Rosberg was not happy with Lewis Hamilton after qualifying, saying the McLaren driver ruined his final flying lap.

Rosberg qualified in sixth place for Sunday’s European Grand Prix, however, reckons he could have done better had it not been for Hamilton.

“We had a lot of potential going into qualifying, but unfortunately I can’t be happy with the outcome today,” said the Mercedes driver.

“We were quick throughout but when I was just about to start my final lap, Lewis was slowing down in the last corner. I had to start my quick lap behind him which made it impossible to improve my time.

“We know it’s tricky in the last sector here and there is an agreement in place to stop things like this happening so it’s frustrating.”

And although it is notoriously difficult to overtake on the Valencia street circuit, Rosberg is hoping he will find a way to make up positions.

“It will be an interesting race tomorrow from a strategy perspective, and I hope there will be the opportunity to make up some places.”