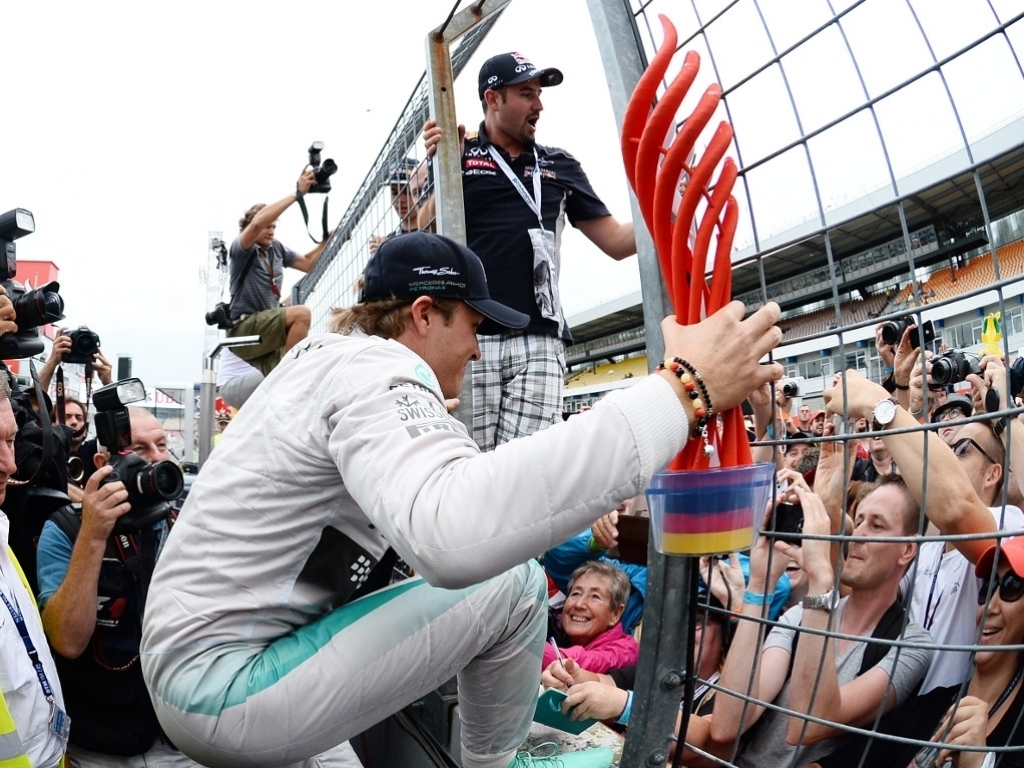 As to be expected, Nico Rosberg is disappointed that the German Grand Prix has been dropped from this year's F1 calendar.

Although the Nurburging was scheduled to host this year's grand prix, the track's new owners failed to agree a contract with Bernie Ecclestone.

With no deal on the table, last week they stated time had run out to stage a successful race, a sentiment expressed by Germany's other track Hockenheim that same week.

As such the FIA announced that "the German Grand Prix has been withdrawn as the CRH and promoter did not reach agreement."

And it's a move that saddens Mercedes driver Rosberg, who last year won his home grand prix.

He told Sky Sports News: "It feels wrong to have a Formula One World Championship without the German GP.

"The German GP is just legendary. It's very strange and very surprising. It's disappointing."