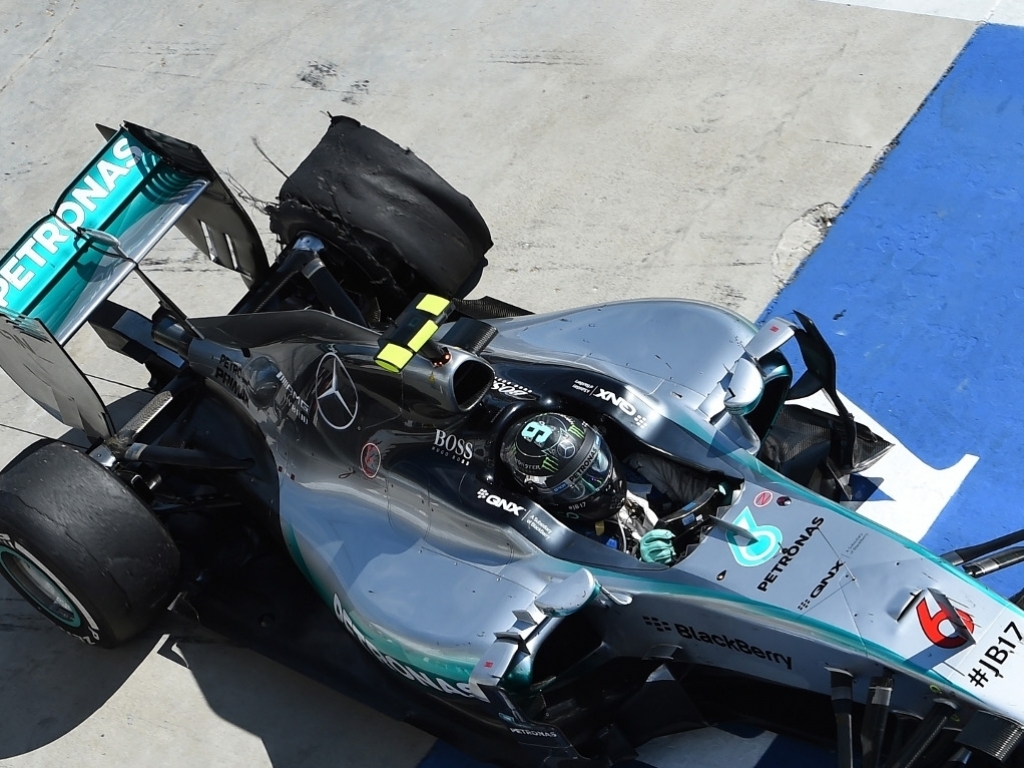 Nico Rosberg concedes sport can be "really tough sometimes" after losing a podium result due to a late collision in Hungary.

Following the restart after a Safety Car, Rosberg, who was on the medium tyres, was hunted down by Daniel Ricciardo on the softs.

Gaining with every lap, the Red Bull racer went in for a brash move taking too much speed into the corner.

Although he initially went ahead of Rosberg, he fought to get through the corner and the German edged ahead only for the duo to touch.

Ricciardo's front wing sliced into Rosberg's rear left tyre leaving both drivers in need of a visit to the pits.

"It was going very well until lap 64, after that… just nowhere," Rosberg, who went onto finish P8, said.

"Sport is really tough sometimes, that's the way it is, to lose all those points."

As for his collision with Ricciardo, the Mercedes driver says he felt the corner was his.

He explained: "I assumed it was my corner because I took the ideal line. But he just went straight on because he braked too late.

"His front wing was still there, and he didn't back out of it. The FIA said no one was at fault, and no action was taken."

Formula 1 will now go into a four-week summer break, however, Rosberg says he'd rather be out there racing.

"After a race like that, I want to get back out there. I'm gutted about today," he added.