Home Uncategorized Rosberg ‘had good control on everything’ 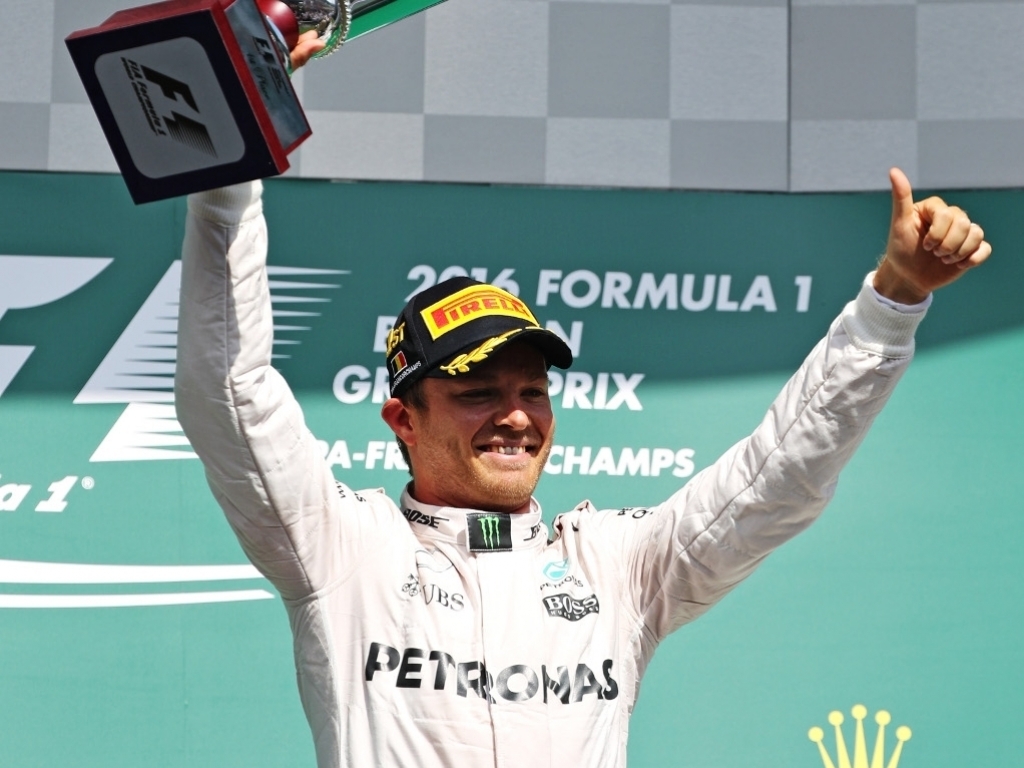 Although behind him it shaped up to be an exciting Belgian GP, Nico Rosberg raced unchallenged to the victory, conceding that his team-mate’s penalties made it a “lot easier.”

Rosberg started Sunday’s Belgian Grand Prix from pole position and spent must of the race off into the distance.

He crossed the line over 10 seconds ahead of second-place Daniel Ricciardo while Lewis Hamilton, who raced from the back of the grid, was third.

“In the race, the start is always pressure, and then after that Daniel was quite quick in the beginning of the second stint,” he explained.

“But in general, I had everything under control because I just had an awesome car out there, and Lewis wasn’t there to battle it out, which made it a less-difficult weekend. But really pleased to get the win.”

He added: “It wasn’t the toughest race ever, of course, because Lewis wasn’t there. That’s for sure.

“And the car was great in the race so of course everything still needs to come together and the start is critical and then with the red flag and everything it becomes a bit more complicated and messy.

“But I got ahead, I got a little bit of pressure from Daniel at the beginning of the second stint because he was on soft tyres but after that I really had good control of everything.”

But despite starting P1 to Hamilton’s P21, Rosberg could only shave 10 points off his team-mate’s lead in the Drivers’ Championship.

“It’s not disappointing,” he insisted. “I’m happy with today. I’m happy to have won the race, it’s been a great weekend for me and that’s it. Fair play to Lewis, he did a good job.”